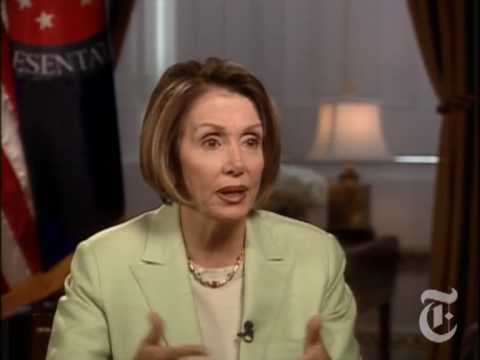 After your intelligence briefing Friday, Politico reported that you were sharply frustrated by the lack of detail presented on "Russia's continued interference in the 2020 election campaign." You were quoted as saying you thought the administration was "withholding" evidence of foreign election meddling and added, "What I am concerned about is that the American people should be better informed." We share your concern and, having followed this issue closely from the perspective of non-partisan, veteran intelligence officials, we are able to throw considerable light on it.

The narrative that Russia hacked Democratic National Committee emails in 2016 and gave them to WikiLeaks to hurt Hillary Clinton's candidacy has become an article of faith for about half of Americans, somewhat fewer than the number misled into believing 18 years ago that there were weapons of mass destruction in Iraq but it is still considerable.

Because of a bizarre, but highly instructive media lapse these past three months, most Americans remain unaware that the accusation that Russia "hacked" the DNC has evaporated. It turns out the accusation was fabricated just like the presence of weapons of mass destruction in Iraq. In fact, some of the same U.S. officials were involved in both deceptions. For example, James Clapper, Obama's director of national intelligence, played a key role 18 years ago in covering up the fact that no WMD had been identified in satellite imagery of Iraq; more recently he helped conjure up evidence of Russian hacking.

We quote below the horse's-mouth testimony of Shawn Henry, head of CrowdStrike, the cyber security outfit paid by the DNC, and certified as a "high-class entity" by FBI Director James Comey, to look into the "hacking" of the DNC. Mr. Henry admitted in sworn testimony on December 5, 2017 that his firm has no concrete evidence that the DNC emails were hacked by Russia or anyone else. This testimony was finally declassified and released on May 7, 2020, but you will not find a word about it in The New York Times, Washington Post or other "mainstream" outlets. (We wonder if you yourself were made aware of Henry's testimony.)

The original accusation achieved its purpose in fostering the belief that President Trump owed his election to President Putin, and thus is beholden to him. It also provided a degree of verisimilitude as well as faux-righteous indignation to support a host of punitive measures. "Russian hacking" was immediately used to justify President Obama's expulsion of 35 Russian diplomats/intelligence officers at the end of 2016. Those with a sharp anti-Russia axe to grind no doubt deemed this unnecessary diplomatic step felicitous, welcome collateral damage to ties between Washington and Moscow.

Now to the present and specifically your suspicion that the administration is "withholding" evidence of foreign election meddling.

Full Disclosure: We veteran national security and intelligence professionals are nonpartisan and have a tendency to be blunt. We have been closely watching the play-by-play over the past four years and strongly doubt that our former intelligence colleagues are withholding evidence of Russian interference. We see a simpler explanation. The intelligence officials who trotted out copious "evidence" of Russian interference four years ago may still be writing op-eds and even books, but they are also under investigation. So a "once-burned-twice-shy" attitude is probably one factor in play.

More important, for obvious reasons the intelligence chiefs appointed by President Trump lack the incentive shared by their predecessors to hyperbolize and even manufacture "evidence" of Russian meddling in favor of Trump. In our view, this factor accounts largely for what you see as the lack of detail. In contrast, the legacy media, with a transparently shoddy record to defend on their "Russiagate" coverage, is still both hyperbolizing and manufacturing. Easy to do when you have a corner on the media market, as we indicate below.

In sum, this time around, senior intelligence and law enforcement officials have little incentive to manufacture/embellish evidence of "Russian meddling," as was done four years ago by the former crew. And, again, to remind: the same thing happened in 2002/03 regarding the WMD alleged to be in Iraq, with some of the same dramatis personae responsible but not held accountable.

Consortiumnews.com was founded by Robert Parry in 1995 as the first investigative news magazine on the Internet. The site was meant to be -- and has become -- a home for important, well-reported stories and a challenge to the inept but dominant (more...)
Related Topic(s): Iraq; Media; Nancy Pelosi; Russia Bashing; Russia Hacking; Russiagate; Vips; Wikileaks, Add Tags
Add to My Group(s)
Go To Commenting
The views expressed herein are the sole responsibility of the author and do not necessarily reflect those of this website or its editors.