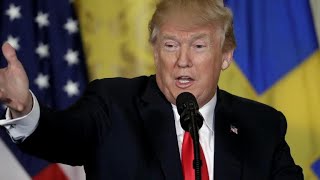 SUBJECT: Being "Played" By Bogus Evidence on Iran

We sent President Bush a similar warning about bogus intelligence -- much of it fabricated by Israel -- six weeks before the U.S./UK attack on Iraq, but Bush paid us no heed. This time, we hope you will take note before things spin even further out of control in the Middle East. In short, Israel's "new" damaging documents on Iran were fabricated by the Israelis themselves.

The Bush administration account of how the documents on Iran got into the hands of the CIA is not true. We can prove that the actual documents originally came not from Iran but from Israel. And the documents were never authenticated by the CIA or the International Atomic Energy Agency (IAEA).

Two former Directors-General of the IAEA, Hans Blix and Mohamed ElBaradei, have publicly expressed suspicion that the documents were fabricated. And forensic examination of the documents yielded multiple signs that they are fraudulent.

We urge you to insist on an independent inquiry into the actual origins of these documents. We believe that the renewed attention being given to claims that Iran is secretly working to develop nuclear weapons betokens a transparent attempt to stoke hostility toward Iran, with an eye toward helping "justify" pulling out of the 2015 nuclear deal with Iran.

We write you in the hope that you will be informed of our views before you decide whether to continue to adhere to the Joint Comprehensive Plan of Action (JCPOA) regarding Iran. We fear that upcoming decisions may be based, in part, on unreliable documents alleging secret nuclear weapons activity in Iran.

On April 30, Israeli Prime Minister Netanyahu displayed some of those documents in his slide show on what he called the Iranian "atomic archive." But those are precisely the same fraudulent documents that were acquired by the CIA in 2004.

The official accounts offered by the senior officials of the CIA about the provenance of these documents turned out be complete fabrication. Journalists were told variously that the documents (1) were taken from the laptop computer of an Iranian working in a secret research program; (2) were provided by a German spy; or (3) simply came from a "longtime contact in Iran."

Consortiumnews.com was founded by Robert Parry in 1995 as the first investigative news magazine on the Internet. The site was meant to be -- and has become -- a home for important, well-reported stories and a challenge to the inept but dominant (more...)
Related Topic(s): Iran Nuclear Deal; Iran Versus Israel; Nuclear Talks; Reality; Trump Foreign Policy; Vips, Add Tags
Add to My Group(s)
Go To Commenting
The views expressed herein are the sole responsibility of the author and do not necessarily reflect those of this website or its editors.