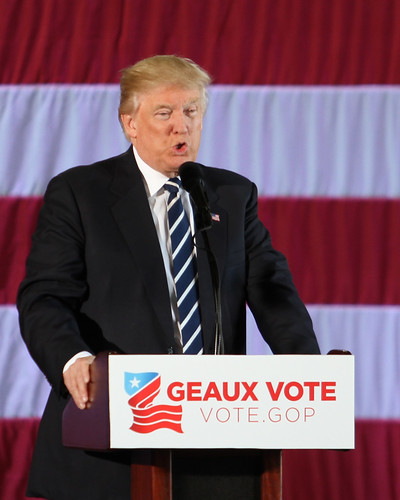 I am writing a piece called "Utter Contempt;" Thus, I have collected links that demonstrates how the behavior we are witnessing defines utter contempt. I share with you in this post, a few examples of utter contempt but the letter from Sandy Hook Promise, at the end --defines, this moment in time. Please read the letter.

"Is the United States Losing Its Humanity?" The country is being steered towards a "dramatic change of direction" that is rewarding the rich and punishing the poor b y blocking access even to the most meager necessities."Philip Alston, the UN special rapporteur who acts as a watchdog on extreme poverty around the world, has issued a withering critique of the state of America today. Asked to define "ruination," Alston said: "Severe deprivation of food and almost no access to healthcare."

* The Supreme Courtmakes itimpossible for workers to bargain for their rights, undoing decades of effort by the unions to make collective bargaining a right. And, Womens' Rights are at Stake., c.org/resources/women's-rights-stake-why-federal-courts-matter-women/

* The Congress gives a port of gold to the richest people, and wants to pay for this grand theft of our national wealth, by farther trashing all the social programs that offer health care, food or education that are necessary to 'provide for the common good.

Wall Street banks have been handed $16 trillion in bailouts and other subsidies by the Federal Reserve and Congress at nearly zero percent interest since the 2008 financial collapse. They have used this money, as well as the money saved through the huge tax cuts imposed last year, to buy back their own stock, raising the compensation and bonuses of their managers and thrusting the society deeper into untenable debt peonage. The CEO of Disney gets 400 million and the workers get zilch! Teachers, Not the 1%, Deserve Raises. As of 2016, weekly teacher pay in the U.S. was 17% lower than comparable workers. In a 2018 survey, 18% of U.S. teachers reported working additional jobs to pay the bills.

* The Executive Office is run by a the consummate charlatan. Read this Atlantic Magazine piece, which demonstrates how the total lack of accountability empowers and perpetuates his scandalous behavior. His tweets model contempt. Roseann's behavior is no accident. The Impossible Poverty of American Discourse

Maybe "The Antidote to Trump IS Decency" but with the 24/7media circus out there and the anarchy of cyberspace, it will be a hard push, unless we all get busy" not just to bring back our INSTITUTION of Public Education but tobring back civility. "History is not going to be kind to those who were silent" about Trump's attack on truth, norms, civility and so much"

"Susan, my beautiful butterfly-- Dylan's murder --isn't a game. My baby boy was shot at least five times in his first-grade classroom. He died in the arms of his special education assistant when he was just six years old."

"Yet more than five years after Dylan was murdered at Sandy Hook Elementary, a company called Revived Games has turned that day into a game. They have created a video game where the objective is to murder people in a school -- and even after it was removed from one gaming platform, they're still planning to release it."

"This is absolutely sickening. It disgusts me to think that someone saw what happened to my son, and every person injured or killed in a school shooting, and thought it would make a fun game for other people to play. They're actually trying to make money by glorifying school shootings."

"I'm demanding that Revived not release or sell this game, and I need you to join your voice with mine to make sure we're heard. Will you stand with me by signing our petition right now?"

Please sign our petition to demand that Revived Games not release the "Active Shooter" video game and tell them that school shootings are not a game.

"This video game makes light of Dylan's murder and the deaths of everyone who has been killed by gun violence. It's abhorrent. I know the real toll school shootings take. I'll never see my little boy again, and that's a reality I still struggle to live with. "

"Thank you for standing with me today to stop this game from being distributed."

Related Topic(s): Accountability; Banks; Civility; Education; Financial; Health; History; Money; Petition; Rights; (more...) Shootings; Violence, Add Tags  (less...)
Add to My Group(s)
Go To Commenting
The views expressed herein are the sole responsibility of the author and do not necessarily reflect those of this website or its editors.

STAY IN THE KNOW
If you've enjoyed this, sign up for our daily or weekly newsletter to get lots of great progressive content.
Series: "social issue of this century"

Other Series: View All 793 Articles in "DON'T MISS THIS!"

Other Series: View All 394 Articles in "Crisis in America"

Other Series: View All 780 Articles in "Charlatans & Liars"

Other Series: View All 949 Articles in "Access: the POWER of MONEY"

Other Series: View All 118 Articles in "Transformational era of information"

Other Series: View All 224 Articles in "wWonderful writing ....must reads"