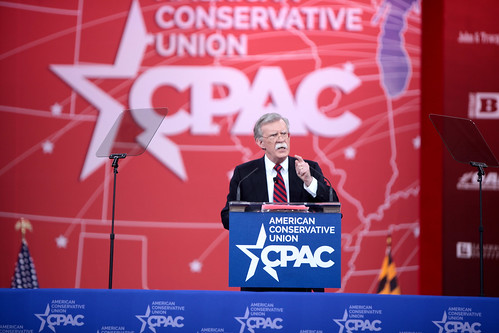 Kim Jong Un and his sister conclude their visit to China continuing a relationship once described by Chairman Mao as closer than 'lips and teeth'. Whatever conclusions political gurus might draw, one thing is certain: President Xi made public his support of China's long-term ally.

Trump seeing the odds of success at the meeting with Kim lengthen is twisting the South Korean President's arm. Mr. Moon is now told Trump may delay implementation of the South Korea trade deal which, among other things, grants exemptions against aluminum and steel tariffs. So President Moon better get cracking on Trump's North Korea deal. A tall order, for how can anyone seriously believe Kim is going to give up his country's exclusive new status as ICBM fortified and nuclear armed. Meanwhile, Russia's latest Sarmet RS-28 (or Satan 2) underwent a second launch test on Thursday. With hypersonic MIRVs up to 16 (depending on size) warheads, it is reputed to be invincible. Such is the world we live in when there was a time during Reagan-Gorbachev when there was hope we would no longer live under this cloud. Not to be, the U.S. started enlarging NATO and chipping away at the border countries, some even part of the USSR.

If ever matters can get worse, one can trust Trump to make them. Following the removal of General H.R. McMaster as National Security Adviser, the grown-ups are almost gone. Replacing him is the Malvolio of the foreign policy establishment. Hated for good reason by Democrats and Republicans -- the latter refused to confirm John Bolton as George Bush's ambassador to the UN -- he is a confirmed liar and warmonger. For example, he claimed Fidel Castro was developing chemical and biological weapons.

On the PBS Newshour, former President Carter called him 'the worst mistake' made by Donald Trump. He is against the Iran nuclear deal and has called for a preemptive strike against North Korea. A certain lack of imagination is self-evident for Seoul is within its artillery range, not to mention the 35,000 American troops at the border. He still defends the disastrous Iraq war despite the horrendous aftermath, and which Trump himself considers a monumental error.

He is also associated with Pamela Geller, the notorious Islamophobe, and the virulent Muslim-hating Robert Spencer. Bolton obliged them by writing a forward to their book in 2010. The two were quoted 174 times by Anders Brevik in his racist manifesto targeting Muslims. When he killed 77 people in Norway's worst terrorist attack, he declared they were aiding the Islamization of Europe. They were young adults at a Labor Party youth camp.

John Bolton is also chairman of the Gatestone Institute, which often purveys anti-Muslim fearmongering. The latest is 'Why Christians Need Self-Rule in Iraq'. Citing killings of Christians, it conveniently omits the killings of Muslims by IS.

Trump has long expressed dissatisfaction with the Iran nuclear deal. With allies in Bolton and the new Secretary of State Mike Pompeo, he may decide to pull out of the deal despite the opposition of the other five signatory countries. If not all-out war, it surely sets the stage for turmoil in the region.

The country has become a ship being steered on to shoals, relying on some merciful deity to see it through; perhaps one which through the ages has calmly observed the demise of Pharaohs, Caesars and Mughal Emperors. What then are the odds on a middling tycoon?

Arshad M Khan is a former Professor. Educated at King's College London, Oklahoma State University and the University of Chicago, he has a multidisciplinary background that has frequently informed his research. He was elected a Fellow of the (more...)
Related Topic(s): Fearmongering; Iran; Iran Nuclear Deal; Iran Russia And China; Korea; North Korea And South Korea Talks; Security, Add Tags
Add to My Group(s)
Go To Commenting
The views expressed herein are the sole responsibility of the author and do not necessarily reflect those of this website or its editors.