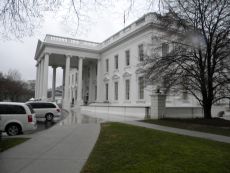 We Must Choose More Carefully
(Image by Marcello Rollando)   Details   DMCA
Until we stop yielding rational thinking to Corporatism's mental programming, dismantling government to expedite nation collapsing, we will continually allow the few who choose to be blind, to diminish the vision of those who in their hearts know: America's future recedes each time we elect puppets of people whose post New Deal plan is to never bestow power in a government willing to lift Corporatism's Middle Class customers, working poor surfs and discarded masses yearning to breathe free of food stamps, lead water pipes, and homelessness.

Notwithstanding twenty children and six adults gunned down in a pre-Christmas mass shooting, ignoring never again, El Paso, Dayton and Odessa, Texas lawmakers have now made it easier to increase our numbers: more than 2,300 people have been killed and almost 8,400 have been wounded, in mass shootings and since 20 January 2017, more than eighty-three people have been killed and 512 wounded in America's AR-15 addiction.

There is no America the Beautiful in a Senate Majority leader who denies any attempt for our Senate to vote on any of the reasonable gun violence prevention laws, passed by the House.

No sense of a, Land of the Free, when fearing to be in public;

No justice for, one person one vote, when betrayed by Conservative citizens responsible for the integrity of their States' voting machines;

No government of, by and for the people, when electing party over country;

No Homeland Security, when living in a country without a real president; in a time of daily distribution of repetitious nonsense from a reality show host pretending to be president, atop an acting administration with a supporting cast scripted by misinformation all aided and abetted by a corporate clan's excrement on Edward R. Murrow example.

Unless we believe the globe's greatest manipulators of mega wealth and governments, are as short-sighted as a VP hiding in the wings, a Senate Majority Leader liberally stacking our judicial system with Reactionary Conservatives and the glitter gathering Trump family trusting, they can take it all with them - care about us, perhaps we should give some thought regarding what market manipulators of political parties, plan for the rest of us, as they shore up their offshore stash, investing millions in deserting earth for Mars, in a technological age where robots can fulfill most human activities.

Most living in America are doing the best they can to keep up, stay ahead and save each other from, Grim Reaper Conservatism, but being raised to believe real men don't ask for help - hearts, minds and hands full of NRA faux constitutional love - some succumb to the mental illness of easier accessibility to inflict, An American Tragedy, camouflaged in religion and patriotism.

Liberal ideals were the foundation of America's, we hold these truths, and historically, Liberals have repeatedly restored our economy, Middle Class, Homeland Security and Justice for All, after Conservatives endangered them:

Yet, Trump/Pence didn't create the GOP. It created them.

Even before the Democratic Party produced Abigail Spanberger, Alexandria Ocasio-Cortez, Kamala Harris, Elizabeth Warren and Bernie Sanders, who wisely assessed, If the Environmentwere a Bank,it would have been savedalready it was championed by Eleanor Roosevelt whose contributions to gender and racial equality became the torch that lit America's path forward, and nominated our first woman ever, for the presidency of the United States.

Yet, we still follow those fighting the last war, building neighborhoods for pre-Climate Change reality and enabling Conservative Republican puppets of the NRA to drown America in its own movie goers', shoppers' and children's blood.

Where will we stand at last, after Brits reject their Brexit Trump, Putin's full-filled hopes for Americans never tiring of shooting each other and a world fearing we might fail to eject our Russian made Court Jester?

What will America be after Americans ignore the increasing numbers of farmers, cyber bullied teens and Opioid suicides?