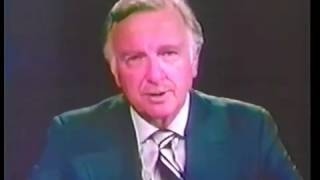 Lying to gain and keep power, is now officially the Order of the Day. The American voting public approved lying as an established form of governing, when it elevated an established liar as President in 2016.

Oy Vey is a Yiddish expression indicating dismay or grief. It derives its meaning from the German "veitung," also meaning pain.

I know, I know -- lying has long been a staple of American politics, a staple which came in with the Constitution. But when we elected someone who made lying the Order of the Day, it went from being a dark shadow over American politics to a total eclipse.

Those Americans who had any hope that peace in the Middle East might be possible with the support of the progressive/liberal wings of the Democratic Party, will not be encouraged to learn of the lineup of speakers arranged for the annual 2018 AIPAC Policy Conference, March 4-6.

In a year when Trump's election has provided Israel greater freedom to step up its oppressive military occupation of Palestine, AIPAC expects "more than 18,000 community and student activists from all 50 states, and more than half of the Senate, a third of the House of Representatives and countless Israeli and American policymakers and thought leaders."

A partial speaker's list is always released a week early. Take careful note of these expected AIPAC speakers. Click on this Mondoweiss link to read the full story.

He did it by telling the truth in one dramatic moment.

Mark Bowden wrote an account of that Cronkite moment under this New York Times headline,

"When Walter Cronkite Pronounced the War a Stalemate

"One of the enduring myths of the Vietnam War is that it was lost by hostile American press coverage.

Related Topic(s): AIPAC; Donald Trump Lies; Israel; Media Lies; Vietnam War; Walter Cronkite; War Lies To Start War, Add Tags
Add to My Group(s)
Go To Commenting
The views expressed herein are the sole responsibility of the author and do not necessarily reflect those of this website or its editors.