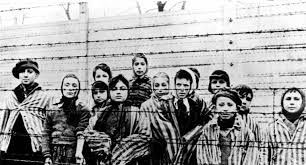 It was an insult, some said, to families of Holocaust survivors. After all, none of the U.S. detention facilities is an extermination camp like Auschwitz or Buchenwald.

In response, AOC doubled down on her charge. Along with others, she was joined by historians, and even by the editors of The National Catholic Reporter in affirming her accusation. Concentration camps, they all said, are not synonymous with extermination camps. In essence, the former are locations where prisoners are held without charge. In that sense, the U.S. indeed maintains concentration camps, but nothing like German practice. The intention in making that distinction was evidently to distance U.S. camps from the horrors and death of Hitler's infamous hell-holes.

The argument here takes issue with that distinction. It maintains instead that our burgeoning camps are every bit as brutal as Hitler's. In fact, the number of deaths connected with the U.S. system dwarf the iconic number of six million incinerated, gassed, shot, or otherwise executed under Hitler.

To begin with, we must first of all realize that U.S. concentration camps are not a new phenomenon begun with the presidency of Donald Trump. No, they have been with us at least since the end of the Second Inter-Capitalist War in 1945.

In fact, the argument can be credibly made that our country was explicitly founded on extermination, genocide and concentration camps. Using rationale supplied by John Locke, our Founding Fathers wiped out 90% of North America's indigenous peoples, eventually confining survivors and their descendants in concentration camps (called "reservations"). They employed the same logic to enslave workers kidnapped from Africa imprisoning them in labor camps (called "plantations").

For Locke, who inspired Jefferson's Declaration of Independence, the crucial and ironic pronouncement behind such operations was that "All men are created equal." But note well that in his formulation, the statement had no liberating relevance for Native Americans, African slaves, women or propertyless whites. Instead, its expressed intention was to establish the right of imperialists like him and his cohorts to steal land and resources from the continent's indigenous inhabitants and to exterminate resisters.

Locke's point (as explained in my book, The Magic Glasses of Critical Thinking) was that just because the "Indians" were here first, they had no special claim on the lands they called home. That is, since (in Locke's estimation) huge tracts were not being farmed as they would be in England, they were there for the taking by the Indians' equals from Great Britain.

Locke said that a refusal by the Indians to recognize such equality amounted to a declaration of war against the British. So, the natives could be slaughtered with abandon a task our country's great Indian Fighters took on with enthusiasm and relish creating a holocaust that killed millions.

Adolph Hitler himself took inspiration from the examples just cited. He liked the concept of concentration and work camps. He was expressly impressed by the efficiency of U.S. extermination of our continent's First Peoples. It inspired him and evidently the minds behind contemporary concentration camps.

With all this in mind, it is no exaggeration to say that the camps are reincarnating today before our very eyes. Our government has set them up world-wide. They are so ubiquitous and normalized that they remain practically invisible. But consider their contemporary equivalents in:

In such hell-holes the criminals (often the guards) commit murders, rapes and inflict torture with impunity. Nonetheless, after Hitler, it is no longer permissible for such polite company to crudely incinerate victims in ovens or to poison them in gas chambers. (That would be too "inhumane" and reminiscent of the unspeakable.) So, today's executioners murder and incinerate Muslims (today's "Jews"), and others on site. (It saves the trouble and expense of packing them into box cars.)

In other words, the executioners travel to the victims' countries of origin in the Middle East and Africa and do the dirty work there often from 10,000 feet in the air, where the screams of incinerated Muslim children cannot be heard. They cremate their victims more humanely in the targets' own homes with napalm and white phosphorous. Alternatively, "pilots" seated comfortably in their air-conditioned "theaters" send automated Gestapo (killer drones) to decapitate those suspected of evil thoughts. In the process, the system's butchers have massacred millions far exceeding anything imagined by that little man with the toothbrush mustache:

Again, the numbers are staggering far beyond anything accomplished in Hitler's death camps.

Meanwhile, at home, "Americans" are dissuaded from protest by a militarized skin-head police force of body-builders and thugs. "Dressed to kill" in their black or camouflaged flack suits, and anonymous under their helmets and behind polarized face-shields, they stand ready with batons, tasers, and AK47s as well as employing surplus military tanks, and Humvees to punish anyone who dares opposition.

So, congratulations to Ms. Ocasio-Cortez. She's right again this time about concentration camps. However, she and others are wrong to downplay the comparative horror of the U.S. system. It is every bit as horrendous as Hitler's. To see the misery all one has to do is connect the dots. They're there, and though scattered are just waiting to be linked (exactly as they were in Germany during Hitler's rise to power).

Related Topic(s): Genocide; Hitler; Holocaust; Murder; Muslim; Wars, Add Tags
Add to My Group(s)
Go To Commenting
The views expressed herein are the sole responsibility of the author and do not necessarily reflect those of this website or its editors.