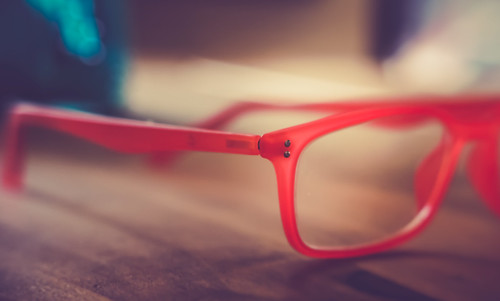 The subtitle of Rivage-Seul's riveting voyage out of Plato's Cave into Chomsky's revelation that alas, "we" are not the good guys after all, is Seeing through Alternative Fact & Fake News.

The nightmare of the Donald Trump administration does nothing but unveil, in material and unsubtle form, a disease that has inflicted our "civilized" culture since its birth out of the wisdom and brilliance of Plato and Aristotle, if not my favorite of them all, Homer. In the latter case, Apollo, I think, lifts a curtain of invisibility from off the incessant bloodshed and bludgeoning of Trojan warfare to reveal to Diomedes, I think (it's been a while), gods fighting among mortals. So who was in charge there? The gods, of course.

So as far as I know, the image of seeing beyond the three mundane dimensions we slug through every day was born in that scene and reborn in Plato's Allegory of the Cave. There, one of a row of seated imprisoned souls in a cave dares climb out into the daylight and in amazement runs back down to urge the others to follow him. They refuse to.

Rivage-Seul borrows his imagery of the magic glasses of critical thinking from Dick Gregory, for whom they revealed the perspective of the poor, oppressed, and disenfranchised. In my white, urban, middle-class apartment, when I feel down in the dumps I don't need any magic glasses per se. Just open up any progressive webpage and click on any of the live links and a portrait will look back on you that deplores American decadence. I could have been born in Somalia or modern-day Syria or Libya . . . I won't even remind you of Trump's stone-cold obscenity in referring to countries and regions suffocating with misfortune, abuse, and violence.

I could be there, but I'm here and, let me tell you, as a progressive, what the ultimate critic of all things American said when asked why he doesn't leave this country if its values and actions epitomize atrocity. He said [paraphrased], "because this is the most wonderful country in the world, the best place to be." He should know. He wears the quintessential magic glasses, this greatest living intellectual of us all, according to the New York Times.

Overeducated as I am, I own some magic glasses too that can be a greater burden than Sisyphus's rock. I put them on and cry. "Wisdom is born from suffering" (pathei mathos) and "action [as opposed to languor] necessitates and causes suffering" (drasanti pathein), Aeschylus taught us.

But Rivage-Seul's book is not about cliche's. It is an anecdotal, easy-to-ingest series of steps out of the complacent conviction that America is the best to MLK's truth that we are the most extreme terrorists on earth. We inflict 9/11's on the world like violence junkies. And now, in the Trump era, trigger-happiness has swallowed steroids.

Trump injected the neologisms "alt reality" and "fake news" into the vernacular, but Rivage-Seul shows us that (oops, here comes another cliche' out of stoicism) "There is nothing new under the sun." These have surrounded us throughout time.

How important is critical thinking? What good is it? Here comes the answer from Socrates: "The unexamined life is not worth living."

And I used to tell my college students (I taught critical thinking, too) that you must fully understand your enemy before you can vanquish her. Wouldn't you prefer the inverse, that love is blind? Is that the inverse?

I used to emulate Socrates--that is, give my students a hard time. One class was at 8 in the morning three times a week. Sunlight through the tall windows shone on bored, weary faces. The only day they gave me a hard time back was (I shouldn't have told them) my job evaluation hour through the magic glasses of one of my superiors sitting quietly in the back row.

I so wanted to think critically as a 20 year old. My first critical words were "he wasn't so hot," referring to a guest speaker brought to our class by one of my esteemed classics professors. She nodded. WOW, my first critical thought. How mean--he was a nice man patronizing us Seven Sisters cuties. So what else was new?

Also in college I knew that my politics leaned left but could only mouth rhetoric. I knew it was correct but not why.