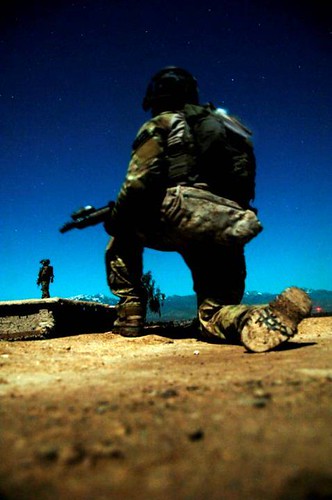 Diplomacy has known the Message to Garcia, the Willy-Nicky correspondence, the Zimmerman telegram, and the Zinoviev letter. Now we have President Trump's tweet claiming Pakistan has been duplicitous in the Afghan war:

"The United States has foolishly given Pakistan more than 33 billion dollars in aid over the last 15 years, and they have given us nothing but lies & deceit, thinking of our leaders as fools. They give safe haven to the terrorists we hunt in Afghanistan, with little help. No more!"

Pakistan has taken issue with the claim but any cab driver in Kabul will say the same. So will any GI who walked patrol along the Af-Pak frontier. So will countless Shias who have suffered at the hands of Pakistani-backed militants. So will the people of Mumbai.

The Trump tweet was nonetheless ham-fisted. Unless accompanied by a drastic reassessment of America's role in the Afghan war, it will only bring trouble, probably in the form of closing off supply lines running from Pakistani ports to Afghanistan. The president, or at least his foreign policy team, should recognize the tweet's implications and rethink the war.

Pakistan has supported the Taliban since the mid-90s when Mullah Omar was able to patch together a network of former mujahideen bands and impose a measure of stability on much of Afghanistan. This provided Pakistan the opportunity to develop commerce with Central Asia and to form a partnership against India. Indeed, the generals see Afghanistan as a redoubt from which they could wage war should the Punjab and other provinces fall to India.

Islamist militancy too figures in the outlook of Pakistani generals. The , a Taliban ally responsible for many terrorist bombings in Kabul, is based inside Pakistan's tribal area. Lashkar-e-Taiba, Jaish-e-Mohammed, and al Qaeda are ensconced in eastern Afghanistan where they receive support from the Pakistani army and train guerrillas to fight India whether in the towns of Kashmir or the streets of Mumbai. It was no surprise to observers that Osama bin Laden was found a stone's throw from a Pakistani army base.

Pakistan isn't alone among regional powers in supporting the Taliban (though not the other groups). Iran and Russia also deliver modest amounts of weaponry. They do so not because of strong affinities but out of recognition that the Taliban will not be defeated and it's best to have at least some influence with them. Further, Iran and Russia both want to bleed the United States in a futile conflict.

The Afghan war is not simply the US and the Kabul government versus the Taliban and a handful of aligned militant groups. The US is up against, if only in a clandestine and limited way, Pakistan, Iran, and Russia. Whatever the US introduces into the conflict, more troops or more money, will be matched by its rivals. Further those three adversaries control all supply routes into Afghanistan.

The US has labored 16 years in Afghanistan, losing over 2,000 lives and spending some $800 billion dollars. There's little to show for it. The insurgency remains strong and most development programs lead nowhere, as even Pentagon oversight group SIGAR reports on a weekly basis. The US has shown formidable resolve and adaptability in the war. If there is any concern with our allies, it is not that we are abandoning the Kabul government. It is that we are misallocating attention and resources in Central Asia and not in more important parts of the world.

Perhaps our strategic thinkers should realize that. They may also realize that withdrawing from Afghanistan would saddle strategic rivals in Pakistan, Iran, Russia, and China with the problem of holding up the Kabul government and containing Islamist militancy in their part of the world. They may find themselves burdened with the problem for another sixteen years. It would be a dextrous geopolitical move. It would also make for a good tweet.

Brian M Downing is a national security analyst who has written for outlets across the political spectrum. He studied at Georgetown University and the University of Chicago, and did post-graduate work at Harvard's Center for International (more...)

Related Topic(s): Pentagon; Policy, Add Tags
Add to My Group(s)
Go To Commenting
The views expressed herein are the sole responsibility of the author and do not necessarily reflect those of this website or its editors.

Israel and Iran head for war in Syria

The End Comes To The Colonel's Compound

Is there any debate on foreign policy these days?

Why are we in eastern Syria?

The colonels speak out