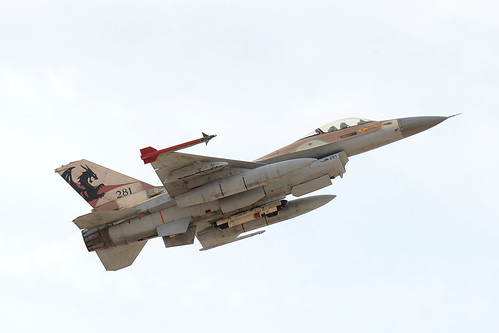 Intermittently over the last ten years, Israel, perhaps with US and Saudi assistance, seemed on the verge of attacking Iranian nuclear sites. More recently, and despite an internationally-supported nuclear deal, Israel and Iran are at daggers drawn over Syria.

The Netanyahu government points to several dangers. First, is Iran's support for Hamas. The Palestinian organization has engaged in acts of terrorism and fired rockets into southern Israel. However, Iran's support is aimed at underscoring Saudi Arabia's dormant interest in the Palestinian cause. Hamas's capacity to strike inside Israel has diminished substantially due to Israeli counterterrorist programs and punitive airstrikes. It's little more than a nuisance.

Second, Hisbollah has been trained and armed by Iranian special forces since the 80s. Their ground troops are skillful at guerrilla warfare and have shown the ability to wear down Israeli forces that occupied southern Lebanon. They pose no conventional ground threat to Israel. Hisbollah has thousands of missiles capable of reaching most Israeli cities but they are a deterrent at best. Any use would lead to fearsome and disproportionate retaliation.

Third, Iran has established a presence in Syria since the civil war began. It has trained Shia-Alawi militias, supported Hisbollah bands, and in the last two years deployed about two thousand Revolutionary Guard troops. The latter have taken very high casualties yet shown little effectiveness in taking ground from rebels. These Iranian forces are pre-occupied with consolidating Damascus's rule and pose no real danger. A ground attack on Israel is preposterous. It would be easily quashed by Israeli troops on the Golan Heights and their air support.

Netanyahu's Syria policy has other goals than countering any Iranian danger. He wants Syria to stay weak, Iran to bleed money, and the Saudis to remain acquiescent to his domestic ambitions. Netanyahu can accomplish all three with a judicious and low-level air campaign.

Netanyahu will strike pro-Assad assets, especially those from Iran and Hisbollah. The attacks have been underway for several years as Israeli jets have struck weapons caches said to be on their way to Hisbollah arsenals. The tempo will increase, probably assisted by US intelligence and electronic countermeasures.

The US may conduct its own strikes against Iranian assets in eastern Syria -- a region the US, Israel, and Saudi Arabia want to break free from Damascus. Keeping Syria a fragmented country is a high priority.

The strikes will win favor with Saudi Arabia and its Sunni allies. They fear and despise Iran but lack the resolve to fight it directly. Their assessment of Iran's danger is based less on sound geopolitics than on religious hatreds, and Netanyahu exploits this. Israel in return gets Sunni acquiescence to its West Bank program, which includes expanding settlements and stifling Palestinian hopes.

Iran is in a difficult position of needing to show commitment to an ally but being hopelessly overmatched so far from home. Having no significant airpower in Syria, Iran cannot intercept IDF planes or retaliate inside Israel. Its most credible response would be assassinations and bombings -- dark undertakings that will pit it against Mossad which is far better at those things.

Israel and the Saudis want Iran further tied down in Syria, losing troops and burning money. When an Iranian facility is hit, Tehran will have to demonstrate commitment by burning more. This will only offer more targets. Rather than see Iran withdraw, Israel may prefer, at least for a few years, that Tehran waste more and more money on futile shows of strength and commitment. This, it is hoped, will trigger more anti-regime demonstrations such as the ones that erupted last December. Many demonstrators complained of the government's wasteful policies in Syria and Yemen.

Over the years Russia has supported Assad with money, arms, and air support -- the latter being critical to rolling back rebel positions. But Russia has not reacted strongly to Israeli airstrikes in Syria.

Brian M Downing is a national security analyst who has written for outlets across the political spectrum. He studied at Georgetown University and the University of Chicago, and did post-graduate work at Harvard's Center for International (more...)

Related Topic(s): Iran Versus Israel; Syria, Add Tags
Add to My Group(s)
Go To Commenting
The views expressed herein are the sole responsibility of the author and do not necessarily reflect those of this website or its editors.

Israel and Iran head for war in Syria

The End Comes To The Colonel's Compound

Is there any debate on foreign policy these days?

Why are we in eastern Syria?

The colonels speak out