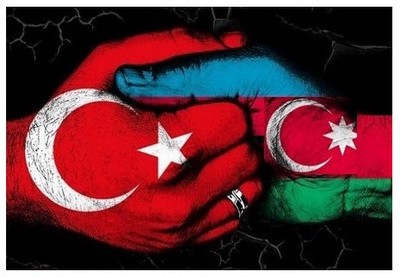 (Image by Site)   Details   DMCA
A truly unique historical event took place on May 13 in the liberated city of Shusha. Here in the Shusha mosque, on the occasion of the Ramadan holiday, a solemn prayer was held, in which, according to the head of the Caucasian Muslims Office, Allahshukur Pashazade, Azerbaijani Shiites and Sunnis took part at the same time.

This episode is very indicative, as it conveys the picture of inter-confessional relations that has formed in Azerbaijan. Despite the fact that the majority of Azerbaijanis are Shiites, the state does not prevent freedom of worship, largely for this reason the number of Sunni adherents is constantly on the increase. At the same time, the Sunnis do not aim to achieve their own domination and push the Shiites into the background of public and political life in Azerbaijan.

At the same time, it should be borne in mind that the spread of the Sunni movement in Azerbaijan is not associated with the conversion of the Shiites themselves to Sunni Islam. Thus, a significant part of the population of the Republic, as a rule, is not versed in the intricacies of the directions of Islam. In addition, there are many agnostics and atheists among Azerbaijani people. Due to these groups of the population the number of Sunnis grows in the country.

As the historian-orientalist Isa Javadov noted, the phenomenon of Turkish soft power and, above all, the popularization of Sunnism by Ankara, play an important role in this case. On the territory of the Republic there are cells of Turkish Sufi Jamaats, people watch Turkish series, such as Ertugrul, Abdulhamid, Siege of Kut, which create a positive image of the Sunnite warrior.

Despite the fact that Azerbaijani Shiites and Sunnis live in peace and harmony for a long time, the landscape can change at any time if any social explosion occurs in the country. A similar cataclysm may arise against the background of confrontation between the Shiite Iran and the Sunni Turkey. Thus, Tehran and Ankara actively stimulate splits in interfaith countries to expand the spheres of influence.

Since after the Islamic Revolution of 1979, Iran is a guide for Shiites of the whole world, conservative representatives of the Turkish political elite seek to ensure the political and economic dominance of Sunnis over Shiites in Azerbaijan. There are a lot of evidences of the retrograde Turks perception of Azerbaijanis as "second-class Muslims". For example, on August 15, 2019, the Turkish professor of the history of Ilber Orthali, reading a lecture on the era of the Ottoman Empire before the students, said the following: "There was never such people as Azerbaijanis among the Turks. This is a the newly established nation, and they were created by ignorant Georgian Stalin from his 'Hyar'." Meanwhile, in Turkish, the word "Hyar" is considered an insult.

In addition, total mobilization on the initiative of Turkish military instructors of national minorities of Azerbaijan Lezgin, Talysh, Avars, Tsyakhurs, Tats to the Azerbaijani army and sending them to the foregoing in the war for Nagorno-Karabakh also testifies to the Turkey's pathological antipathy for the Shiite majority of Azerbaijan.

Despite this, Shiites and Sunnites in Azerbaijan, thanks to the reasonable and balanced religious policy of Ilham Aliyev, treat each other with mutual respect. The perform of joint prayer in the holy month of Ramazan testifies to the desire of representatives of various currents of Islam to a strong friendship, in spite of any political prejudices.

The Journal of Conflict Transformation is independent online publication, a forum to analyze conflicts and related issues in the South Caucasus and Turkey.

Related Topic(s): Confrontation; Iran; Muslims; Nagorno-karabakh; Radicals; Shiite; Sunni; Turkish, Add Tags
Add to My Group(s)
Go To Commenting
The views expressed herein are the sole responsibility of the author and do not necessarily reflect those of this website or its editors.

Multi-vector approach as a priority direction of Azerbaijan's foreign policy

Turkish radicals drive a wedge between Ankara and Baku

Will Baku be able to contain the influence of the Armenian diaspora?