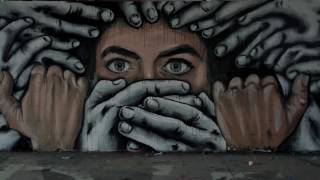 Free speech and the ability to speak truth are being shut down. It is happening with the complicity of the print and TV media, the liberal/progressive/left, the US Department of Justice (sic), the law schools and bar associations, Congress, and the federal judiciary.

The attack on Julian Assange is the arrow aimed at the heart of the ability to publish the truth. If a journalist can be indicted for espionage for publishing leaked documents that a corrupt government has classified in order to conceal its crimes, the First Amendment is dead.

Moreover, as the claim is that government was harmed by Wikileaks publishing the truth, Assange's secret indictment sets the precedent that truth is harmful to government. This precedent will be extended to include the publication of any information or opinion, classified or not, that the government regards as harmful. The media then officially becomes what it mainly already is in effect--a Ministry of Propaganda for the government and those who control it.

As a person who has held high security clearances, I can say with confidence that no more than one percent of classified information falls in the realm of national security. Most classification is simply to prevent the people and Congress from knowing what is going on. Classification allows the various components of government to put the spin where they want it. "National security" has always been an excuse accepted by patriots for the government to conceal its wrong doings and hidden agendas.

Give thought to the alleged harm done by Wikileaks publishing the information leaked by Bradley Manning and the Clinton emails that were downloaded onto a thumb drive and not hacked as security experts have proved. Give thought to the documents proving the warrant-less and thereby illegal spying by the NSA that Edward Snowden revealed. How was government hurt by the information? Government should have been hurt, but it was not. The presstitutes did not take up the issue. No one in government was punished for the war crimes, lies, and illegal and unconstitutional acts that the publication of the leaked documents revealed. None of Washington's vassal governments renounced its vassalage on the basis of the information that revealed they were spied on and deceived. Washington's vassal governments already knew that Washington lies and deceives them. The Chancellor of Germany simply accepted that Washington listens to her private telephone calls. Vassals simply accept indignities as a consequence of their vassalage. The only people punished were those who revealed the truth -- Manning, Snowden, and Assange.

Washington imprisoned Manning and seeks to imprison Assange for damage that Washington did not suffer.

As a country loses its liberty, legal scholars who formerly would have protected liberty turn against it in order to curry favor with power. Recently, I read a specious legal argument that the First Amendment did not really protect Ellsberg and the New York Times when the Pentagon Papers were published, but that no president wanted to be the first one to break the tradition of extending such protection. The author claims that Assange is not protected by the First Amendment even though he is a journalist. The author of the article did not realize that his argument means that journalists have squatters' rights in First Amendment protection. For the Justice Department to bring a case against Assange means overturning a right that is ensconced in common law as well as in the Constitution.

Washington has shown that it is not interested in any rights but its own to do what it wants. The George W. Bush regime overturned the Constitutional protection of habeas corpus when the regime declared that it could detain citizens indefinitely in prison without presentation of evidence to a court. The Obama regime destroyed due process and the Constitutional right to life when the regime declared that it could assassinate citizens on suspicion alone. Both regimes ignored statutory and Constitutional prohibitions on torture and only punished those who revealed the torture. If Bush and Obama had the right to torture, what was the point of prosecuting those who revealed that torture happened?

As the truth revealed by Wikileaks has had no adverse consequence for Washington, what is the point of Washington's assault on Assange? In part it is revenge on an individual brazen enough to stand up to Washington, and in part it is to criminalize the telling of truth that is critical of the government.

Once there was a time when the media would have been up in arms in defense of Assange and press freedom. That was before the media was illegally concentrated in a few hands by the Clinton regime and before the media became concentrated ideologically. The media hates Donald Trump and thereby hates Assange for publishing the Hillary emails that the media believes cost Hillary the election. The media is much more intent on helping the Deep State deep-six Assange than the media is in defending its First Amendment protections.

The military/security complex planted on its media assets the fiction that Assange fled to the Ecuadorian Embassy to escape prosecution for rape. The presstitutes consistently repeat the lie, as Harriet Alexander in the UK Telegraph does, that "Mr. Assange fled to the embassy to avoid charges of rape, sexual molestation and coercion. All charges were dropped by May 2017."

There were never any such charges filed against Assange. Assange took asylum in the embassy, because it was clear that he was going to be extradited to Washington where he would get a show trial as a spy. It is not possible that Harriet Alexander and the editors at the Telegraph do not know this. Nevertheless, they repeat the lie, the purpose of which is to put Assange in a bad light that will aid his conviction on false charges.

Related Topic(s): #metoo; Free Speech Censored; Freedom Of The Press; Julian Assange; Manning; Media; Snowden; Truth; Wikileaks, Add Tags
Add to My Group(s)
Go To Commenting
The views expressed herein are the sole responsibility of the author and do not necessarily reflect those of this website or its editors.

"Rob explores the difference between a natural, organic, bottom-up connection consciousness and our corporately imposed top-down hierarchical collective consciousness. What Rob is speaking about is the difference between an artificial and ultimately stagnate way of organizing the world and a natural, organic growth, which starts with a seed, sends downs roots and sends up shoots which blossom. By returning to a Nature-based theory of connection, the Bottom-Up revolution brings us back into alignment with Earth's laws, returning humanity to its place in creation. Like a good gardener, Rob works into the soil of his thesis different voices that exemplify how this Bottom-Up revolution is expanding in politics, business, religion, personal self-awareness and story. And he places technology where it belongs""as a tool to further our connection consciousness, not an end in itself. The bottom-up revolution is about democracy finally living up to its original ideals, where we the people decide what we need from our society."

Cathy Pagano, author of Wisdom’s Daughters: How Women Can Change the World