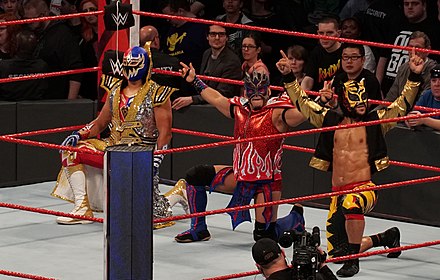 If Daddy hadn't made and left him a fortune on sweetheart government housing contracts, Donald Trump would probably be bragging about how cold the AC runs on the old Ford Escort he's trying to get off his lot ("BUY HERE! PAY HERE! BAD CREDIT? NO PROBLEM!") and hoping you don't notice the transmission slipping when you take it out for a test drive.

If Joe Biden had stuck with law, he'd probably be chasing ambulances to emergency rooms, loud plaid sport coat and chartreuse tie thrown across the passenger seat, visions of easy whiplash settlements dancing in his head.

Instead, they both became "reality TV" stars -- Trump across franchises ranging from professional wrestling to his trademark "you're fired," Biden in Washington's long-running mashup of Meet The Press with MTV's The Real World (Trump's a late addition to that show's cast).

On September 29, in their first supposed "debate," America saw the two of them Naked and Afraid, hurling insults and shouting over each other instead of engaging in the usual "cordial but with tense moments" beauty contest/joint campaign ad. Their corporate sponsors were probably disappointed with the comparative absence of promotion and product placement, even if the entertainment value rose above the usual slapstick.

A real debate -- between, say, the Green Party's Howie Hawkins and Libertarian presidential nominee Jo Jorgensen -- would have likely featured genuine policy proposals and real arguments over the merits of those proposals. Hawkins would have offered programs to hopefully benefit, and Jorgensen would have offered policies to hopefully free, the American people. I have strong personal preferences between the two candidates, but at least both of them could be expected to offer thoughtful answers to real questions.

Alas, that's not how politics is done in the age of Real Purse Snatchers of Washington, DC. The "debates" aren't about pitching what's best for America. They're about keeping the attention and adoration of the actors' existing fans, energizing those fans to get out and vote, and ultimately delivering the goods to "defense" contractors (Trump), Big Pharma (Biden), and the candidates' other special interest sponsors.

Unfortunately, among those who bother to watch the show and mash those voting buttons, more than 90% reliably line up to pay through the nose for the shoddy Trump and Biden "AS SEEN ON REALITY (sic) TV!" offerings.

It doesn't have to be that way. We can, and should, vote both of these clowns off the island.

Related Topic(s): 2020 Elections; Howie Hawkins; Jo Jorgensen; Joe Biden; Trump, Add Tags
Add to My Group(s)
Go To Commenting
The views expressed herein are the sole responsibility of the author and do not necessarily reflect those of this website or its editors.