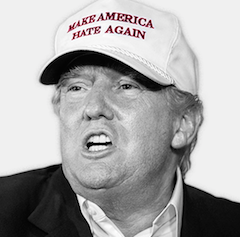 On the eve of the US midterm election, the Trump administration went to the US Supreme Court seeking authority to shut down the Deferred Action for Childhood Arrivals (DACA) program, under which some 800,000 young immigrants brought to the United States as children are allowed to work and go to school despite lacking legal status.

Solicitor General Noel Francisco asked the Supreme Court to throw out three lower court rulings that have blocked Trump from shutting down DACA since he first issued the order, in September 2017, giving six months' notice of its termination. He claimed that the original executive order issued by President Barack Obama was without legal authority, and that it was "plainly within DHS's [the Department of Homeland Security's] authority to set the nation's immigration enforcement priorities and to end the discretionary DACA policy."

Francisco asked the Supreme Court to bypass the intermediate level of federal appeals courts and intervene immediately to overturn judicial orders by three different federal district courts, in California, New York and the District of Columbia. The unusually aggressive procedural move seemed to be determined by the proximity of Election Day, to allow Trump and Republican candidates to boast of yet another action against immigrants just as tens of millions of voters are going to the polls.

The district court judges have told the administration to continue handling applications by DACA recipients to renew their status while the litigation over the program makes it way up through the federal courts. This would allow most DACA recipients to continue working or going to school. The Trump administration wants to make this impossible, and allow DACA protection to expire while the case is still before the courts.

If the ultra-right majority on the Supreme Court agrees to take up the case -- including Trump's two nominees, Neil Gorsuch and Brett Kavanaugh -- it would be decided by next June.

On the final day of campaigning before the midterm election, Trump continued his fascistic, immigrant-focused diatribes at rallies Monday in Ohio, Indiana and Missouri. His main target, as it has been for the last two weeks, is the several thousand Central American refugees who have formed a caravan that is now in central Mexico, about 800 miles from the US border.

Trump ordered up to 15,000 troops to the border area last week, and the first detachments were filmed unrolling concertina wire and setting up barricades along the Rio Grande, in what amounted to an extended campaign commercial for Republican candidates on November 6.

By Monday, according to the Pentagon, 4,800 troops were deployed along the border, 2,600 in Texas and 1,100 each in Arizona and California. Reuters reported that the military brass had balked at a plan to have soldiers build the tent camps along the border where tens of thousands of immigrants are to be imprisoned, leaving this to be done by the Department of Homeland Security.

Speaking in Ft. Wayne, Indiana, Trump claimed that migrant caravans were coming to the United States "to overwhelm your schools, your hospitals and your communities." He repeated the lie that the Democratic Party was promoting the caravans.

At many rallies, Trump has embraced the anti-Semitic smear that billionaire Democratic Party donor George Soros, a Hungarian Jew who survived the Holocaust, was paying for the caravans. He continued to peddle this lie even after a Trump-supporting right-winger sent pipe bombs to a dozen Democrats and Trump critics, including Soros.

Democratic Party candidates for the House of Representatives and the Senate, as well as prominent party spokesmen like former President Barack Obama and former Vice President Joe Biden, have either declined to denounce Trump's persecution of immigrants as blatantly illegal and unconstitutional, or have actively sided with it.

Obama addressed a rally Sunday in Gary, Indiana for incumbent Senator Joe Donnelly, who is in a statistical tie for reelection, according to the polls, in a state Trump carried easily in the 2016 presidential election. Donnelly has groveled before Trump, boasting that he has voted with the Republican president 62 percent of the time and joining in his condemnations of "illegal immigrants."

During a debate with Republican Mike Braun, Donnelly said he was open to Trump's proposal to abolish birthright citizenship, guaranteed by the Fourteenth Amendment to the US Constitution, provided it was in proper legal form. "We have to take a look at that legislation," he said. "I'd want to see that legislation, make sure it was constitutional and review it first."

Obama's stump speech, which he delivered in Gary Sunday, criticizes Trump's efforts to demonize the caravan of Central American immigrants, but treats it almost as a joke. This is in keeping with the claims of congressional Democratic leaders, from Senate Minority Leader Charles Schumer and House Minority Leader Nancy Pelosi on down, that immigration is a "diversion" from what is supposedly the Democrats' main issue in 2018, health care.

Patrick Martin writes for the World Socialist Website (wsws.org), a forum for socialist ideas & analysis & published by the International Committee of the Fourth International (ICFI).
Related Topic(s): Daca; Elections; Immigrants; Refugees; Trump Anger; Trump Cruelty, Add Tags
Add to My Group(s)
Go To Commenting
The views expressed herein are the sole responsibility of the author and do not necessarily reflect those of this website or its editors.