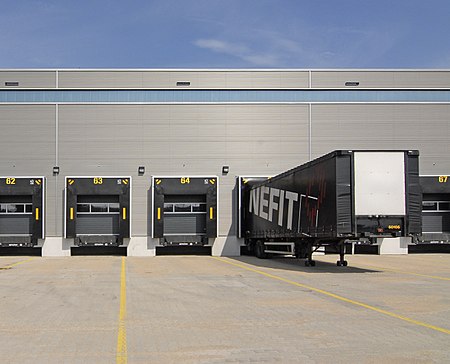 "It's not China that pays tariffs," Fox News Sunday host Chris Wallace pointed out on May 12. "It's the American importers, the American companies that pay what, in effect, is a tax increase and oftentimes passes it on to U.S. consumers."

As Trump continues his "trade war" with the rest of the world (but China more so than other countries), more and more Americans are beginning to understand what's happening here:

Punitive tariffs on Chinese and other foreign goods are simply corporate welfare. They are a mechanism for redistribution of wealth from American consumers and workers to the most politically connected American business owners. Those businesses can charge more for their product and still remain "competitive" because their product doesn't have that extra tax levied on it.

In theory, some of that corporate welfare "trickles down" in the form of new jobs for Americans in those particular businesses. That effect seems to be more hype than reality, but even to the extent that it exists, it doesn't create greater general prosperity. The "new jobs" are an artificial sugar high. Everyone else gets just a little bit poorer for each "new job" thus created.

As the late, great Henry Hazlitt pointed out in his classic Economics in One Lesson, it's important not to ignore the unseen in favor of the seen.

When we are forced to pay more for one thing (steel, for example), we have less money left to spend on other things (shoes or groceries, for example). Protectionist politicians vigorously direct our attention to every "new job" their policies artificially create at our expense, while hoping we won't notice the "old jobs" our decreased wealth eliminates (or makes less lucrative) in other industries.

That's not the only way protectionism makes us poorer. Those artificially created "new jobs" also distort the labor market. They shoo workers away from enterprises in which their efforts are most naturally profitable to them, to their employers, and to the consumers of their product, into enterprises where the profitability is an expensive illusion created at their own expense and yours.

Trump's "trade war" is indeed a war of sorts, powered by economic sanctions like those levied on Iran and North Korea. But the economic bombs he's dropping are landing on American, not Chinese, heads.

Related Topic(s): Protectionism; Tariffs; Trump China Trade War, Add Tags
Add to My Group(s)
Go To Commenting
The views expressed herein are the sole responsibility of the author and do not necessarily reflect those of this website or its editors.