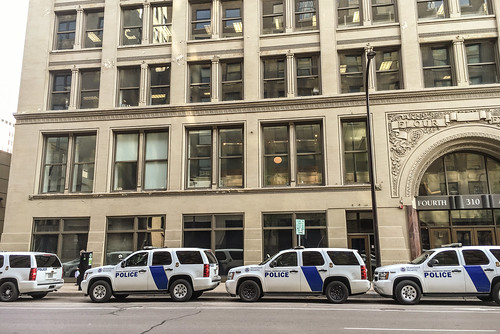 The message is now loud and clear: anyone who fails to obey Trump will be swiftly punished.

Days after Donald Trump was acquitted in his Senate impeachment trial, after reports surfaced he would go after those who testified against him, National Security Council Ukraine expert Lt. Col. Alexander Vindman was escorted from the White House.

That same day, Trump fired US Ambassador to the European Union Gordon Sondland.

Now municipalities that refuse to turn immigrants over to Immigration and Customs Enforcement (ICE) are targets.

It also banned ICE from arresting immigrants inside courthouses without federal judicial warrants or orders.

So the Department of Homeland Security (DHS), the division that oversees ICE, has decided to retaliate by preventing New York residents from enrolling in programs to expedite international travel.

Acting Homeland Security Secretary Chad Wolf stated in a letter to New York's Department of Motor Vehicles that, because of the "Green Light Law" Gov. Cuomo signed in June, exempting the state from submitting identification information to ICE and Customs and Border Protection (CBP), residents will be prohibited from enrolling in DHS's Global Entry, NEXUS, SENTRI, and FAST travel security expedition programs.

"If they want to allow CBP to have full access as they have been, again for almost two decades then we can certainly look at restoring access to those Trusted Traveler Programs and continue to process applicants."

On Friday, New York Attorney General Letitia James announced intentions to sue the Trump administration, stating the new policy "will negatively impact travelers, workers, commerce, and our economy," and the state will "fight the president's shortsighted crusade against his former home. We will not allow New Yorkers to be targeted or bullied by an authoritarian thug."

"We are concerned that the Department's policy change may be an improper attempt to use official DHS policy to punish the people of New York because their state government has a political disagreement with the Trump Administration over immigration policy."

But that's not all DHS has been up to in its Orwellian pursuit of "illegals."