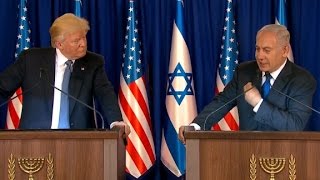 Part I -- The Deal of the Century

President Trump's peace plan for the Palestinian-Israeli conflict, or at least the economic side of it, was discussed at a meeting in Bahrain on June 25 and 26. The plan, euphemistically entitled "Peace to Prosperity" and the "Deal of the Century" is also, inaccurately, likened to a "Marshall Plan for Palestinians." It is based on the assumption that money, ultimately the better part of $50 billion, can lure the Palestinian people into surrender -- that is, the surrender of their right to a state of their own on their stolen ancestral land as well as the right of return for the 7.5 million Palestinians who have been forced into exile. Upon surrender, according to the plan, "an ambitious, achievable ... framework for a prosperous future for the Palestinian people and the region" will be put into place. How this idealized future is to be integrated into the apartheid and Bantustan system of control that constitutes the Israeli government's "facts on the ground" is left unexplained.

This bit of gilded bait was put together by "senior White House adviser" Jared Kushner, the president's son-in-law; Jason Greenblatt, chief lawyer of the Trump Organization and now U.S. envoy for international negotiations; and David Friedman, the president's bankruptcy lawyer who is now the U.S. ambassador to Israel. All of these men are at once unqualified for their present positions as well as Zionist supporters of Israeli expansionism. It is not surprising then, that the Israeli government has welcomed this effort. Prime Minister Benjamin Netanyahu said that he "would listen to the American plan and hear it fairly and with openness." On the other hand, the Palestinian West Bank leader, Mahmoud Abbas, who is boycotting the Bahrain meeting, said, "As long as there is no political [solution], we do not deal with any economic [solution]."

There are no doubt some Palestinians who are upset at Abbas's position: perhaps some business people, often-unpaid bureaucrats, and a portion of the frustrated middle-class, who will be dearly tempted by the promise of all that money. These are people who, given over a century of struggle, see no hope of a just political settlement. Nonetheless, those tempted might consider these facts:

(1) All those billions of dollars are, as yet, hypothetical. The money is not in the bank, so to speak. And, it is not a given that Trump can actually raise the funds. Thus, for all those ready to trade justice for dollars, it might be premature to actually make the leap.

(2) There is a prevailing belief among the Trump cabal putting this plan together that the Palestinians themselves are incapable of running the proposed development programs. They are assumed to be too corrupt or tainted with "terrorist" backgrounds to be trusted. Thus the question of who would run this effort (Israelis? American Zionists? anyone other than those dedicated to Palestinian interests?) is left unanswered. Relative to this question, it should be kept in mind that the Israelis have made something of a science of robbing the Palestinians of their resources. They are hardly likely to stop now.

(3) The raising of money for the Trump plan is in competition with a UN effort to raise $1.2 billion for UNRWA, the agency that supports programs for Palestinian refugees. This fund-raiser is literally running at the same time as the Bahrain meeting. If the Trump plan gains traction, there might well be pressure to shut down UNRWA altogether.

Is this really an honest proposal to provide the Palestinians with prosperity? The history of "third world" development efforts sponsored by and run under the guidance of "first world" powers, be they Western governments or institutions like the IMF, is largely one of failure.There is no reason to believe that the Trump plan will fare any better. While these problematic economic efforts may eventually fall short, the political conditions almost certain to be attached to the aid will probably require immediate cessation of all anti-Zionist activities, including the relatively successful ongoing boycott of Israel.

It might come as a surprise, but this is not the first time that financial bribery to procure Arab cooperation with Zionist ambitions has been tried.

There is a historical precedent for Donald Trump's attempted "deal of the century" that is detailed in my book, America's Palestine (cheap used copies of which are available on line). Here is how that precedent went:

Back in 1942, the Zionist leader Chaim Weizmann told members of the U.S. State Department's Division of Near Eastern Affairs (NEA) that Winston Churchill wished to make the Saudi king, Ibn Saud, "the boss of bosses in the Arab World." The only condition to this offer was that Ibn Saud must "be willing to work out with Weizmann to achieve a sane solution to the Palestine problem." Weizmann further claimed that the U.S. president Franklin Roosevelt was "in accord on this subject."

The response of the head of the NEA, Wallace Murray, a man who knew the Middle East much better than did Chaim Weizmann, was one of skepticism. Murray noted that British influence over Ibn Saud was small and that he doubted the Saudi king wanted to be the Arab "boss of bosses." Finally, he expressed doubt that anything the Zionists would consider a "solution" would be something Ibn Saud would consider to be "sane."

Nonetheless, the Zionists persisted along these lines and soon came up with a plan where, in return for a Jewish Palestine, Ibn Saud would be made the "head of an Arab federation in control of a "development" budget of 20 million British pounds."

Related Topic(s): Deal Of The Century; Jewish; Palestinian; Trump Conflict Of Interest; Trump Israel; Trump Untrustworthy; Zionists, Add Tags
Add to My Group(s)
Go To Commenting
The views expressed herein are the sole responsibility of the author and do not necessarily reflect those of this website or its editors.