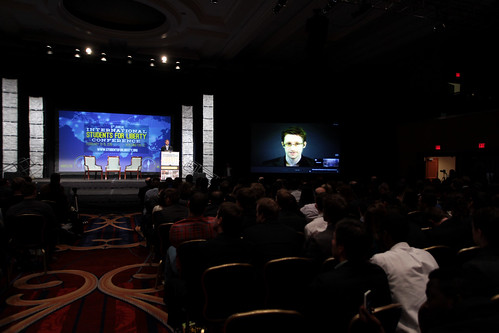 Had we but world enough and time,

This coyness, lady, were no crime.

I'm tired of the bullsh*t.

Now that I've joined the Twittersphere, I've been getting magic bullets tweeting me all day. Up and to the Left. Down to the Right. Some Mark Chapman is said to be disappointed in how Trump has betrayed his deplorable principles since 2016. He tweets he's looking to join the gig economy. And also he's angry because he just realized (he's prone to paradigm-shifting epiphanies, apparently) that it is supremely ironic that Hillary got 3,000,000 more votes than DJ in 2016, but the populist won anyway. Who wouldn't want some gig work for this double fantasy with its plastic onanism?

And now we have to deal with Trump's coy possibility that he'd be willing to "pardon" Snowden. Here's the thing. Trump had better do it ASAP. We don't have all day. We're dropping like flies, the Democrats are reporting. With each new dawn arriving on Trump's empire of Magical Thinking we move ever closer to the event horizon light seen at the end of the tunnel. (Hey wait.) Will the Pardon be Trump's October surprise -- you know, to get the college kids' votes? Trump may need a six pack of October surprises this time.

If Snowden is not pardoned by election day, then, when the Lesser Evils take over, they may go after him fiercely, because Trump has said Ed's been "treated unfairly," like so many of Trump's friends who've come and gone from the administration over the years -- some of them even in jail, and maybe no longer eligible to ever vote again. (Sad.) Trump faux sympathy is, in fact, a stone cold kiss of death for Snowden. Democrats, like Biden and Harris, would probably love to see a one-two punch-out of Assange and Snowden. Biden has previously threatened Ecuador with unspecified mayhem if they allowed Snowden entry there. But maybe PopCorn doesn't remember Snowden any more, his thoughts picked clean by admirers of his plagiarized thinking.

Well, if anyone deserves a pardon it's Snowden. Nine years after the NYT quashed James Risen's October 2004 blockbuster piece about the Bush administration's comprehensive illegal wiretapping of American citizens without a warrant under an NSA program called STELLARWIND, Snowden revealed that that was just the tip of the iceberg that could bring down the titanic ship of state. Snowden was the one who alerted the Global Public that we shouldn't just worry about 5 Eyes spying on us but the Beast with 1,000,000 Eyes, with TerrorScope -- 7 Billion Eyes, if you count us finking on each other through aggressive passive algorithms we pay no attention to.

Related Topic(s): Intercept; Surveillance; Taibbi; Trump; Trump Con, Add Tags
Add to My Group(s)
Go To Commenting
The views expressed herein are the sole responsibility of the author and do not necessarily reflect those of this website or its editors.