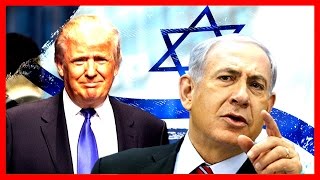 During his presidential campaign and throughout his nine-month presidency, Donald Trump has been fixated on ending the Iran nuclear deal, which he called "one of the worst and most one-sided transactions the United States has ever entered into."

Under the 2015 Joint Comprehensive Plan of Action (JCPOA), Iran agreed to curtail its nuclear program and in return, it received billions of dollars of relief from punishing sanctions.

Iran has allowed 24-hour inspections by officials from the UN International Atomic Energy Agency (IAEA). "Iran has gotten rid of all of its highly enriched uranium," Jessica T. Mathews wrote in the New York Review of Books. "It has also eliminated 99 percent of its stockpile of low-enriched uranium.... All enrichment has been shut down at the once-secret, fortified, underground facility at Fordow ... Iran has disabled and poured concrete into the core of its plutonium reactor -- thus shutting down the plutonium as well as the uranium route to nuclear weapons. It has provided adequate answers to the IAEA's long-standing list of questions regarding past weapons-related activities."

Yukiya Amano, director general of IAEA, refuted Trump's allegation that Iran had kept IAEA weapons inspectors from entering military bases. Amano said, "So far, IAEA has had access to all locations it needed to visit. At present, Iran is subject to the world's most robust nuclear verification regime."

But in spite of the fact that the IAEA has affirmed eight times -- most recently in August -- that Iran is meeting its obligations under the deal, Trump refused to certify Iran was in compliance and he decided the deal is not in the US national security interests.

The US Iran Nuclear Agreement Review Act requires the president to determine every 90 days whether Iran remains compliant with the JCPOA and whether the agreement still serves US interests. Trump reluctantly certified Iran's compliance in April and July. But on October 13, to the consternation of his secretary of state, secretary of defense, and the chairman of the Joint Chiefs of Staff, he refused to certify Iran's compliance with the deal.

France, Britain, Russia, China, Germany, the United States and Iran are parties to the historic agreement. After Trump's October 13 announcement, the leaders of Britain, France and Germany said in a joint statement that retaining the Iran deal "is in our shared national security interest." They stated, "The nuclear deal was the culmination of thirteen years of diplomacy and was a major step towards ensuring that Iran's nuclear program is not diverted for military purposes."

Trump Walks in Lockstep With Netanyahu

Trump walks in lockstep with Israeli Prime Minister Benjamin Netanyahu, who has consistently opposed the Iran deal. The Christian Zionists, who await Christ's second coming in Israel, constitute a significant portion of Trump's base.

After his election but before inauguration, Trump inserted himself into US foreign policy by criticizing Barack Obama for refusing to veto a UN Security Council resolution condemning Israel's illegal settlement-building.

In 2015, before the US joined the JCPOA, Netanyahu staged an end-run around then-President Obama and directly addressed the US Congress, prevailing upon them to oppose the deal. "That deal will not prevent Iran from developing nuclear weapons," Netanyahu told Congress. "It would all but guarantee that Iran gets those weapons -- lots of them."

Netanyahu was thrilled with Trump's refusal to recertify Iran's compliance with the JCPOA. "It's a very brave decision, and I think it's the right decision for the world," Netanyahu said on CBS's "Face the Nation." The American Israel Public Affairs Committee also heralded Trump's attack on the JCPOA.

The White House fact sheet outlining Trump's new Iran policy accuses Iran of "unrelenting hostility to Israel." In his speech announcing his refusal to recertify Iran's compliance with the deal, Trump stated that Iran "remains the world's leading state sponsor of terrorism, and provides assistance to al Qaeda, the Taliban, Hezbollah, Hamas, and other terrorist networks."

In fact, Iran and al Qaeda, representing different sects of Islam, are sworn enemies. And after JCPOA was agreed upon in 2015, Noam Chomsky wrote in TomDispatch:

Related Topic(s): Benjamin Netanyahu; Iran; Iran Nuclear Deal; Iran Versus Israel; Palestinian; Sanctions; Trump Cruelty; Trump Ego; UNESCO, Add Tags
Add to My Group(s)
Go To Commenting
The views expressed herein are the sole responsibility of the author and do not necessarily reflect those of this website or its editors.