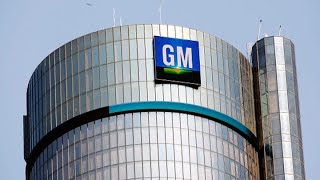 Last week, General Motors announced it would cut about 14,000 jobs, most of them in the politically vital swing states of Michigan and Ohio.

This doesn't quite square with the giant $1.5 trillion tax cut Trump and the Republicans in Congress enacted last December, whose official rationale was to help big corporations make more investments in America and thereby create more jobs. Trump told Ohio residents "don't sell your homes," because lost automaking jobs "are all coming back."

GM got a nice windfall from the tax cut. The company has already saved more than $150 million this year. But some of those Ohio residents probably should have sold their homes.

Trump is (or is trying to appear) furious, tweeting up a storm of threats against GM, including taking away its federal subsidies.

In reality, GM gets very few direct subsidies. Prior to the tax cut, the biggest gift GM got from the government was a bailout in 2009 of more than $50 billion.

But neither last year's tax cut nor the 2009 bailout required GM to create or preserve jobs in America. Both government handouts simply assumed that, as former GM CEO Charles Erwin "Engine" Wilson put it when he was nominated as secretary of defense by Dwight Eisenhower in 1953, "What's good for General Motors is good for the country."

Yet much has changed since 1953. Then, GM was the largest employer in America and had only a few operations around the rest of the world. Now, GM is a global corporation that makes and sells just about everywhere.

Moreover, in the 1950s a third of America's workforce was unionized, and GM was as accountable to the United Auto Workers as it was to GM's shareholders. That's why, in the 1950s, GM's typical worker received $35 an hour (in today's dollars).

Today, GM's typical American worker earns a fraction of that. The bargaining clout of the United Auto Workers has been weakened not only by automation but also by the ease with which GM can get cheaper labor abroad.

In 2010, when GM emerged from the bailout and went public again, it even boasted to Wall Street that it was making 43 percent of its cars in places where labor cost less than $15 an hour, while in North America it could now pay "lower-tiered" wages and benefits for new employees.

So this year, when the costs of producing many of its cars in Ohio and Detroit got too high (due in part to Trump's tariffs on foreign steel) GM simply decided to shift more production to Mexico in order to boost profits.

In light of GM's decision, Trump is also demanding that GM close one of its plants in China.

But this raises a second reality of shareholder-first global capitalism that's apparently been lost on Trump: GM doesn't make many cars in China for export to the United States. Almost all of the cars it makes in China are for sale there.

Related Topic(s): General Motors; Jobs; Trump Broken Promises; Workers, Add Tags
Add to My Group(s)
Go To Commenting
The views expressed herein are the sole responsibility of the author and do not necessarily reflect those of this website or its editors.