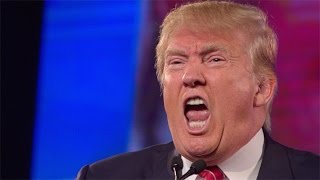 On the eve of Tuesday's special election in a western Pennsylvania congressional district, President Donald Trump visited the Pittsburgh area for a campaign rally, while both state and national Democrats attacked the administration from a right-wing standpoint, criticizing Trump as insufficiently nationalistic on trade and unduly soft and credulous on North Korea.

The March 13 election in the 18th Congressional District, which occupies the southwest corner of the state, adjacent to West Virginia, is to fill the vacancy created by the resignation of the longtime Republican incumbent Mike Kelly, who resigned in a scandal. Trump carried the district in the presidential election by 20 percentage points, but his administration is so unpopular among workers that the congressional race is a virtual tie in pre-election polling.

The rally Saturday night near the Pittsburgh airport was nominally in support of the Republican candidate, state legislator Rick Saccone, but Trump barely mentioned the candidate, focusing, as usual, on himself, denouncing the media, and making a series of bigoted and fascistic remarks, particularly in supporting summary execution of alleged drug dealers (see: "Trump calls for execution of drug dealers at Pennsylvania rally").

Significantly, Trump made almost no reference to the huge tax cuts for the wealthy and big business which Republican strategists have portrayed as the party's main achievement. Given the composition of the 18th district, which is predominantly working class and one of the few remaining heavily unionized industrial areas, Trump focused instead on his decision to impose tariffs on steel and aluminum imports, which he claimed was already bearing fruit in terms of reopening plants -- a claim that was preposterous, given that he only signed the executive order on Thursday afternoon.

The Trump administration is making the same propaganda claims for the executive order on tariffs that it did for the business tax cut, citing a handful of supposedly "pro-worker" actions by the corporations, while ignoring the overall trend. After the tax cut, corporations handed out a few hundred million dollars in employee bonuses, while initiating $170 billion in stock buybacks, dividend payouts and other measures to share the tax windfall with their big shareholders. In similar fashion, a single steel plant reopening has been announced, but that will be endlessly publicized as though Trump's trade war measures were producing a renaissance of American industry.

More significant than Trump's now familiar racist, misogynist and completely vulgar ranting was the Democratic response, which was to criticize Trump's policy actions of the past week from the right, from the standpoint of an even more ferocious economic nationalism and a more comprehensive defense of the interests of American imperialism.

Conor Lamb, the Democratic candidate in Tuesday's special congressional election, has avoided public criticism of Trump on any issue, while adopting a series of policies identified with the Republican Party, including opposition to raising the minimum wage to $15 an hour and to any effort to restrict the possession of assault rifles. He is running on his record as a Marine Corps veteran and federal prosecutor.

Other Pennsylvania Democrats praised Trump's imposition of tariffs on steel and aluminum imports. Senator Robert Casey, who is seeking reelection in November, hailed the president for taking "action to protect our steelworkers." Pittsburgh Mayor Bill Peduto said, "There is no doubt that if we get a more level playing field, the opportunity to produce more steel is very real."

Other Democrats seeking reelection in industrial states sounded the same note, including senators Sherrod Brown of Ohio, Joe Donnelly of Indiana, and Tammy Baldwin of Wisconsin. Most top Democrats have indicated that their only concern with the tariffs was that they should not hit US allies like Canada, but should be targeted against major rivals like China and Russia, which account for only a small fraction of US steel imports.

Senate Minority Leader Charles Schumer told the Washington Post Wednesday, "I totally agree, wholeheartedly agree with President Trump's instinct to go after China ... All of these academics [say] anytime you try to do anything on trade, it's protectionist. They ought to not let that deter them, but they ought to put together a real plan that works."

Perhaps the most revealing response to Trump came from Senator Elizabeth Warren, a leader of the Democratic Party's liberal wing, who appeared on three of the five Sunday interview programs, on NBC, CNN and, for the first time, Fox News, in what amounted to a media test drive for a potential presidential bid in 2020.

In all three appearances Warren criticized Trump's announced willingness to hold a summit meeting with North Korean leader Kim Jong-Un, warning that Trump was unprepared for such a meeting, had failed to properly staff the State Department and had never appointed an ambassador to South Korea.

She told CNN, "When you're going into negotiations like this, it matters to have the people there first who are working and who are advising about the economy and about our military objectives and who know the players and know the history... I am very worried that he's going to go into these negotiations and be taken advantage of."

Patrick Martin writes for the World Socialist Website (wsws.org), a forum for socialist ideas & analysis & published by the International Committee of the Fourth International (ICFI).
Related Topic(s): Democrats; Right Wing Hypocrisy; Tariffs; Trump Ego, Add Tags
Add to My Group(s)
Go To Commenting
The views expressed herein are the sole responsibility of the author and do not necessarily reflect those of this website or its editors.