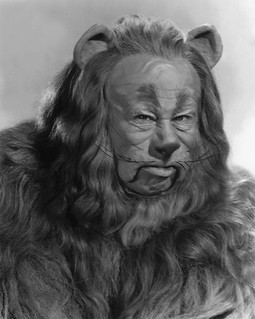 The troubling death of a lion reveals much about mainstream media. Notably the need for courage, intelligence, and heart.
(Image by twm1340)   Details   DMCA

Everyone now recognizes Cecil, the majestic lion who roamed the Zimbabwean savannah until he was lured into danger by an American hunter who paid megabucks to kill him. Cecil's death set the Internet on fire and garnered huge amounts of mainstream media attention. The Doris Day Animal League demanded "Justice for Cecil" and the Empire State building put his regal face on its urban façade as if he were part of a guerrilla marketing campaign. A bill introduced in Congress named after Cecil aimed to extend U.S. import/export restrictions on animal trophies that are threatened or endangered.

All the attention about poached, murdered African animals is good and necessary; what's happening to these magnificent creatures is horrifying and reprehensible. Anyone lucky enough to have visited Africa and seen its animals knows how small our own place on the planet can seem.

Still, as attention paid to Cecil grew, I wondered why it was that everyone knew a lion's name and face while virtually no one knew the name or face of a Palestinian baby burnt alive by an Israeli zealot or of a young woman stabbed to death because she attended Gay Pride in Jerusalem. (The baby's name was Ali Dawabshe. Shira Banki was the sixteen year old murdered in Jerusalem).

Writer Roxane Gay captured this troubling situation in The New York Times. "I'm personally going to start wearing a lion costume when I leave my house so if I get shot people will care," she wrote, while acknowledging the brutality of Cecil's death. But, she said, while "some people also mourn the deaths of Sandra Bland and Samuel DuBose, this mourning doesn't seem to carry the same emotional tenor. A late-night television host did not cry on camera for human lives that have been lost. " He did, however, cry for a lion and that's worth thinking about."

When Cecil's picture lit up the Empire State Building, I thought, why not Sandra Bland or one of the other 678 Black men and women killed in the last seven months at the hands of law enforcement? Why not that Israeli baby or teenager? Why not one of Boka Haram's captured girls or one of the women suffering unfathomably at the hands of ISIS?

Then MSNBC announced that it was cutting several journalists: Ed Schultz, Alex Wagner, and four hosts of The Cycle, liberals all. (Joy Reid had already been demoted to "national correspondent").

That's when I began to feel like I was watching a drama that was bizarrely like Out of Africa meets Citizen Kane. (Kane, you will recall, began a career in the publishing world because he was idealistic but he gradually became ruthless in his pursuit of power.)

What, I wondered -- if not profit and market share - was going on with mainstream media (which now includes cable news)? Why were TV talk shows and news programs barely covering heartbreaking stories of people in distress (immigrants, refugees, captives, disaster victims) and instead cuing up footage of Cecil interspersed with true crimes stories, weather disasters, and replays of a piece of MH 370? Why were they bringing back bad boy Brian Williams and giving ho-hum Chuck Todd more talk time in place of journalists who are unafraid to do their homework or ask tough questions? In short, why are media moguls allowing Fox News to set the nation's media agenda?

Elayne Clift is a writer,lecturer, workshop leader and activist. She is senior correspondent for Women's Feature Service, columnist for the Keene (NH) Sentinel and Brattleboro (VT) Commons and a contributor to various publications internationally. (more...)
Related Topic(s): Animals; Jerusalem; Lions; Media; Media Network MSNBC; Palestinian; People, Add Tags
Add to My Group(s)
Go To Commenting
The views expressed herein are the sole responsibility of the author and do not necessarily reflect those of this website or its editors.