As the political struggles in the United States sharpen over every issue from the delivery of health services, to immigration policy, to the role of religion in government and governmental policy, to discrimination against non-whites and the LGBTQ community, as well as foreign policy, one increasingly hears the word "tribalism." As the practice of "reaching across the aisle" fades into political history, "tribalism" is used to describe both the sharpening of political struggle and the sharpening of the identities of the two major political parties , as well as the political groupings to the left of the Democrats . (Actually, since the "Gingrich Revolution" of 1994 [when, by-the-way, the Repubs. nationally won the votes of 18% of the eligibles while the Democrats won 17% of them] there has in any case been less and less of that in the U.S. Congress. That is except when the Democratic Party caved on major policy positions favored by the Repubs., like the invasion of Iraq and the Bank Bail-out of 2008-09. The Repubs. haven't "reached across the aisle" since Everett Dirksen announced that Medicare was "an idea whose time had come." And that was in 1964.)

A common response to the supposed "tribalism" of the major parties and also of various major political interest groups like the women's movement (organized around such elements as "me-too"), the civil rights movement (organized around such elements as "Black Lives Matter"), and the abortion rights deniers (organized around the religious-beliefs-based moniker "right-to-life"), has been to claim that it, that is "tribalism," is destroying comity in the public square. A predecessor of that "bad," tribalism, was the term "identity group politics," still used in certain quarters, primarily on the Right. The term was attached to the same political action groupings on the Left, such as those organized around civil rights, abortion rights, and LGBTQ rights, that are now labelled "tribes." Funnily enough, the term "identity group politics" was somehow never applied to the groups supporting the suppression of abortion rights, LGBTQ rights, voting rights, immigrant rights, and the rights of the non-Christian-rightists. But that's another story.

Returning to the term "tribalism," its use is actually an insult to those societies which are organized around tribes. It reflects a total misunderstanding of what the word "tribe" means to those people who identify with one tribe or another, like many Native Americans and First Peoples in Canada. It descends from the pejorative use of the term during the centuries-long period of the ethnic cleansing of those peoples from the lands of North America. Tribes, on the North American continent, are traditionally groups of people organized around a common ethnicity, culture, language, living area, and mode(s) of physical survival. One common characteristic of many North American tribes (and perhaps those on other continents as well) is that the concept of private property was unknown.

The political conflicts in the United Sates which are becoming ever sharper do not reflect the traditional definition of "tribalism" in any way. What they do reflect is the sharpening and open appearance of class struggle, between the owning class and everyone else. As I have written about previously, Homo sapiens is a species that is unique among all the others. For our survival, we have to take various resources found in the environment and convert them into such elements as food, clothing, and shelter. Virtually, no other species needs to do that for its survival (except for a very few, like beavers and their dams and birds and their nests). Indeed, as I have said:

"Homo sapiens is unique among the animal species found on Earth. In order to survive, its members for the most part have to, or desire to, convert the various resources found on the Earth, animal, vegetable and mineral, into other forms, objects, or items. The mechanisms for doing this include hunting/gathering, agriculture, crafts production, and individual and mass manufacturing. The first of these was, as far as we know, a shared activity/function. Once societies became more technologically adept and the various means for conversion/production were developed, ownership of the means of production, whether they be organized agriculture beyond individual farming, or the organized production of crafts, or eventually, as the technology was developed, manufacturing, became privatized. In the industrial age, this system --- defined by the private ownership of the means of production--- was organized under an economic construct which we call 'capitalism.' " 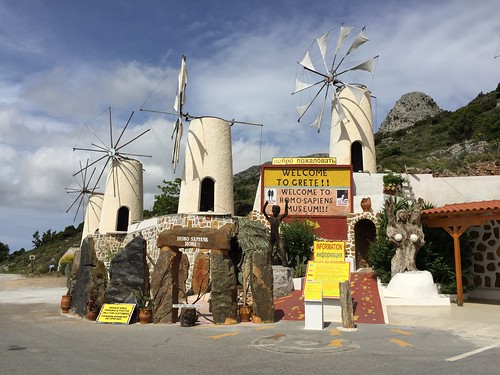 As societies developed, and political structures for the orderly (and sometimes not-so-orderly) running of them developed, it has happened, over and over and over again, that the owners of the means of production in one way or another formed what has come to be called the "ruling classes" and have repeatedly been able to arrogate to themselves control of the levers of the political structures --- called governments --- or in Leninist terms "the State." 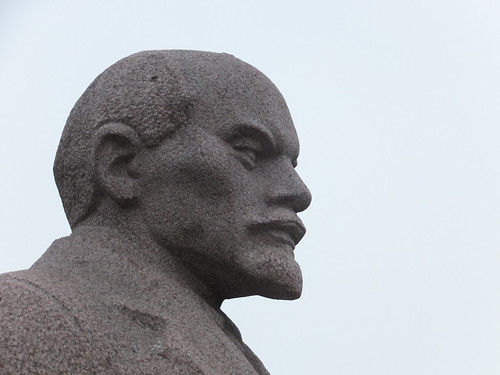 In the United States, and indeed in most capitalist countries around the world, there has been a developing concentration of wealth and income favoring the primary controllers of the means of production. In the last three decades or so it has led to the formation of what is now commonly known as "The 1%." In the United States, for political control of the economy, and for ensuring its continuing control of the 1% of wealth and income, the ruling class has become ever more invested in the Republican Party. Likewise, the Party has become ever more invested in the 1%. And, as their control has expanded and deepened, the idea of "sharing" has become less-and-less popular among them.

And so we get to the well-known Republican Party platform and the absolute determination of the Party at all levels of government to follow through on it, to serve the class it represents. Until Trump, the Party tried to put some make-up on what it is doing. What happened at the Kavanaugh hearings --- the absolute determination to place on the court as the "5thvote" a man who a) has been credibly accused of attempted rape as a teen-ager, b) who apparently lied to the Senate under oath about his alcohol consumption as a youth, and c) equally importantly has consistently supported Far Right wing economic and social policy from his seat on a Federal Circuit Court of Appeals (see below), wiped any of that make-up left right off their faces.

Now, on the other side, the working/non-owning class is hardly well-organized. Indeed, many of its members would not recognize that they are part of a "class" other than the totally meaningless "middle class." A wide variety of groups represent them and their interests. They do not have their own political party. From the time of the New Deal until the development of the Democratic Leadership Council (DLC), led by Bill Clinton and Al gore in the 1980s, the Democratic Party to some extent represented some of the interests of the working/non-owning class. The DLC made a pact with the devil. Until very recently it collaborated with the Repubs., sometime closely, sometimes not-so-closely, on a variety of issues. The last major national DLC politician was, of course, Hillary Clinton, who failed miserably against the hard face of the now hardened Republican Party.

It remains to be seen what party or parties will emerge from the current maelstrom to truly represent the interests of the working/non-owning class. But make no mistake about it, even if many who are engaged in it do not realize it, what is going on now is pure class struggle, not "tribalism:" the owners/ruling class against everyone else. The Repubs. do know it. In order to maintain their control, the Repubs. know that they have to maintain their present control of all branches of the Federal government. If in the upcoming mid-terms the Democrats take the House, an at least temporary road-block will have been placed in the face of the current Trumpite/Repub. March to Fascism. This would hardly be a panacea, but even some hardly socialist authorities, like Madeline Albright, Paul Krugman and Robert Reich, are warning against that march, which would at least be slowed down.

The upcoming election is the most important one in U.S. history since that of 1860. More on that subject anon.

Appendix on Kavanaugh: "The ACLU compiled a report in August detailing his many troublesome perspectives, highlighting his past decisions on surveillance, free speech, presidential and congressional war powers, and as a result, the overarching iron fist of government power that few care to challenge, choosing instead to fight for control of the institution at large." https://theantimedia.com/brett-kavanaugh-media/. He also has a strong bench-record of anti- civil rights, voting rights, union rights, and religious rights.

Steven Jonas, MD, MPH, MS is a Professor Emeritus of Preventive Medicine at StonyBrookMedicine (NY) and author/co-author/editor/co-editor of over 35 books. In addition to his position on OpEdNews as a â€œTrusted Author,â€ he is a Senior (more...)
Related Topic(s): Class; Class Politics; Class War; Class Warfare; Democratic; Economy; Election; Fascism; Government; History; (more...) Identity; Lgbtq; Manufacturing; Parties; Politics; Power; Republican; Rights, Add Tags  (less...)
Add to My Group(s)
Go To Commenting
The views expressed herein are the sole responsibility of the author and do not necessarily reflect those of this website or its editors.