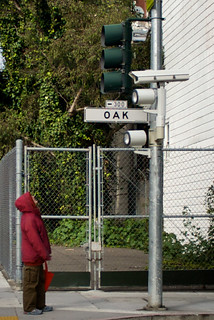 For years, privacy advocates across the nation have warned about the surveillance powers of toll roads and toll tag systems. Now, their warnings have evolved into a disturbing new trend. Toll road systems are becoming purveyors and enforcers of an invasive and punitive surveillance grid that has the ability to track us everywhere we go.

In more ways than one, we are being watched.

Tracking every car that drives down the street might occasionally solve crimes or catch criminals. But it also assaults our privacy and the Fourth Amendment. Government agencies, data brokers and marketing companies rehash, distribute and sell our information behind our backs. Their digital gossip causes disinformation and discrimination that can decimate lives.

Spying on the public is not just a government gig, it's a multi-billion dollar business, according to an investigative report by 60 Minutes. Finding out where we drive is a cornerstone of the business of spying.

"It's the kind of information that really talks about who you are, on a day-to-day basis: Where you go and who you might be visiting with, what shops you may frequent; what time you come home and what time you leave," Federal Trade Commissioner Julie Brill told 60
Minutes.

Get ready for the ride of your life.

Taking a toll
Incentives are given to encourage us to give up our privacy. Take toll roads, for example.

Toll roads are part of the obsessive quest to track us every time we turn the key in our car's ignition. Drivers buy toll tags to avoid the hassle and confusion of paying for tolls. In some areas, lower tolls are offered with a toll tag. In exchange, a transponder with an RFID chip is installed in the driver's car.

Aggressive collection efforts are sure to follow if you dare to drive on a toll road without a tag or if you fail to pay the bill when it comes in the mail.

Nowhere is this more true than in Texas. The Lone Star State is quickly becoming the toll road capital of the nation, the Dallas Morning News reported. The Dallas-Fort Worth region alone will have more than 100 miles of managed toll lanes after current roadway projects are completed.

Arrest warrants are being issued for non-payment, a practice that amounts to having debtors prisons for unpaid tolls. Highway tolls and penalties are being enforced by courts and police departments.

The North Texas Transportation Authority (NTTA) secured four arrest warrants against a 41-year-old man who didn't pay his toll bill. In July, following a traffic stop in The Colony, TX; the man was taken to jail and later posted bond.

"We are seeing an increase of these type of warrants for people who fail to pay their tolls, Lt. Darren Broway of The Colony police department told Channel 11 CBS News. He called it a growing problem in cities adjacent to toll roads.

Teri Webster is a freelance researcher/investigative journalist who also served as a long-time newspaper staff writer in New York, Nevada, California and Texas. She began her reporting career by covering the New York State Police and other (more...)

Related Topic(s): Mass Spying Surveillance; Privacy; Surveillance, Add Tags
Add to My Group(s)
Go To Commenting
The views expressed herein are the sole responsibility of the author and do not necessarily reflect those of this website or its editors.