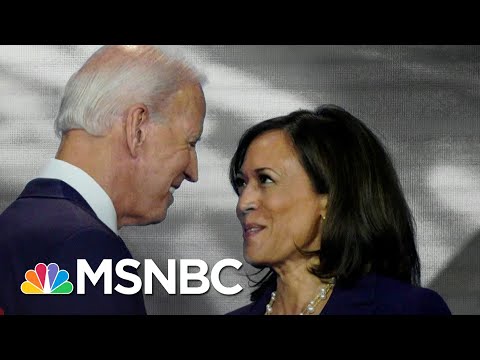 One result of the Republican convention will be a drop in the number of progressives who are in denial about the Trump regime's momentum toward fascism. This week's relentlessly unhinged GOP gathering has probably done more to win votes for Joe Biden from the left than last week's Democratic convention did. And that points up a problem.

The people running the Biden show have been trying hard to woo Republicans, while the affection remains largely unrequited. Mainstream media keep featuring VIP anti-Trump Republicans, but few registered voters have defected from Trump. Recent polling data continue to show the electoral folly of messaging to cultivate "Biden Republicans" while damaging the turnout prospects from the Democratic Party's progressive base.

Neither the Democratic nominee nor his media echo chambers have much use for Bernie Sanders supporters or genuine progressives overall, who now rarely get words in edgewise even though they represent a major chunk of the electorate (many times that of the phantom "moderate Republican voter").

During the spring, the Biden campaign extended a few olive branches in a progressive direction, but some of them morphed into sticks in the eyes of Bernie convention delegates and their constituencies whether in the form of the eleventh-hour deletion of a platform provision to end fossil-fuel subsidies and tax breaks, or the suppression of the delegates' vote tally that had more than 1,000 voting against the platform mostly because it lacks Medicare for All. In a non-virtual convention or a country with less corporately biased media, such dissent from a party platform would have been big news.

The imperative of preventing a second Trump term is roaring at us every moment. Some progressives mistakenly believe that means we should melt into the ranks of Biden boosters and otherwise keep quiet until after the election. On the contrary. For instance, continuing to insist that the Democratic Party must take a clear stand for Medicare for All is not only the morally right thing to do; it's also good politics in 2020, as polling clearly shows.

Nor should we pretend that Biden doesn't have a five-decade record that is very far from progressive. Reasons to distrust him are profuse. But this presidential election isn't really about Biden, who's a garden-variety corporate Democrat. It's about a clear and present threat to democratic capacities in the United States.

The irreversible fork in the historic road of this election was aptly summed up by an activist and scholar with a long history on the left, H. Bruce Franklin, who concluded a new article this way: "Even in these dark days, light is visible. In my 86 years as an American, I have never witnessed a progressive movement as broad and deep as the one sweeping across the nation today. If Biden and the Democrats win in November, this movement will have room to thrive. If not, it will be crushed."

Progressives should be a leading force in a united front against Trump for the next 10 weeks. We must go all out, so that we and progressive movements are not crushed.

There's no point in arguing about whether progressives should vote for Biden in "safe states" like New York or California; such discussions are at best a waste of time. Whether Trump can remain president for another four years will hinge on the votes in a dozen swing states.

Professor Franklin takes aim at the disconnected-from-facts argument sometimes heard (disproportionately in reader comments on some progressive websites) that the two parties are, in essence, indistinguishable: "Really? If you can't see glaring differences between the Supreme Court justices chosen by the two parties and their votes crucial to our lives, your name might be Magoo."

And Franklin added: "Compare the Democrats: Ruth Bader Ginsburg and Stephen Breyer (Clinton appointees); Sonia Sotomayor and Elena Kagan (Obama appointees) to the Republicans: Clarence Thomas (appointed by George H. W. Bush to take the place of the great Thurgood Marshall, appointed by LBJ); Samuel Alito and John Roberts (appointed by George W. Bush); and Neil Gorsuch and Brett Kavanaugh (appointed by Trump). I agree with Mitch McConnell that there is no more important outcome of presidential elections than the composition of the Supreme Court, an outcome that will probably be crucial for decades after the four- or eight-year term of Donald Trump. For starters, who will get to appoint the successor to the heroic Justice Ruth Bader Ginsburg? The same president who will get to appoint the successor to the 82-year-old Justice Stephen Breyer. If it's Trump, those two will be replaced by two more Kavanaughs, or worse if possible. Whatever Trump wants to be the law of the land will be validated by that truly supreme court."

Franklin makes a broader point: "On health care, public education, voting rights, civil rights, the environment, abortion rights, immigration, minimum wages, union rights, and taxation of the wealthy, every vote in the House and Senate splits right along party lines. And these party lines are drawn along the lines of the voting bases of the two parties. The Republican Party today is the party of white supremacy."

Denial of such realities is dangerous. As my colleagues at the #VoteTrumpOut campaign point out, "For every undocumented family seeking asylum, for every woman seeking access to reproductive healthcare, for every young person fighting to avert climate catastrophe, for every parent afraid of gun violence at their children's school, for every working class family hoping for some relief from the medical and economic fallout of the coronavirus, life will be very different under a Biden presidency than under four more years of Trump.

"And crucially, Biden is moveable. We've already shown that with mass pressure, we can push him to support more progressive policies. Trump, on the other hand, is immune to public persuasion or protest. With a Biden presidency, a disciplined and mobilized left could extract significant victories.

Related Topic(s): Progressive Candidate; Progressive Media; Trump Against Climate Change; Trump Against Democracy; Trump Attacks Joe Biden; Voting, Add Tags
Add to My Group(s)
Go To Commenting
The views expressed herein are the sole responsibility of the author and do not necessarily reflect those of this website or its editors.