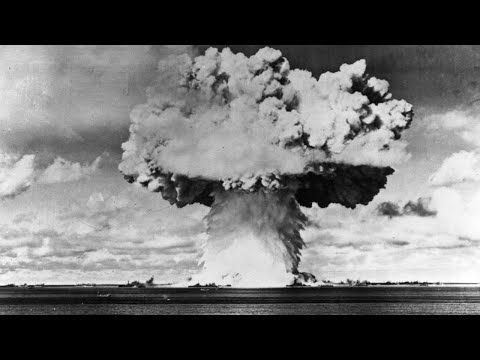 If the Trump administration follows through on its threat to re-start nuclear tests, it will complete the unraveling of more than 50 years of arms control agreements, taking the world back to the days when school children practiced "duck and cover," and people built backyard bomb shelters.

It will certainly be the death knell for the Comprehensive Test Ban Treaty, passed by the UN'S General Assembly in 1996. The Treaty has never gone into effect because, while 184 nations endorsed it, eight key countries have yet to sign on: the US, China, India, Pakistan, Egypt, Israel, Iran and North Korea.

Evan without ratification, the Treaty has had an effect. Many nuclear-armed countries, including the US, Britain, and Russia, stopped testing by the early 1990s. China and France stopped in 1996 and India and Pakistan in 1998. Only North Korea continues to test.

Halting the tests helped slow the push to make weapons smaller, lighter and more lethal, although over the years countries have learned how to design more dangerous weapons using computers and sub-critical tests. For instance, without actually testing any weapon, the US recently created a "super fuze" that makes its warheads far more capable of knocking out an opponent's missile silos. Washington has also just deployed a highly destabilizing low-yield warhead that has yet to be detonated.

Nonetheless, the test ban did -- and does -- slow the development of nuclear weapons and retards their proliferation to other countries. Its demise will almost certainly open the gates for others -- Saudi Arabia, Australia, Indonesia, South Korea, Japan, Turkey, and Brazil -- to join the nuclear club.

"It would blow up any chance of avoiding a dangerous new nuclear arms race," says Beatrice Fihn of the Campaign to Abolish Nuclear Weapons, and "complete the erosion of the global arms control framework."

Conn M. Hallinan is a columnist for Foreign Policy In Focus, "A Think Tank Without Walls, and an independent journalist. He holds a PhD in Anthropology from the University of California, Berkeley. He oversaw the (more...)
Related Topic(s): China; Generals; Nuclear Arms Race; Nuclear Energy- Weapons; Nuclear Fabrication; Nuclear Powers; Nuclear War; Nuclear Waste; Nuclear_insanity; Russia; (more...) Trump, Add Tags  (less...)
Add to My Group(s)
Go To Commenting
The views expressed herein are the sole responsibility of the author and do not necessarily reflect those of this website or its editors.