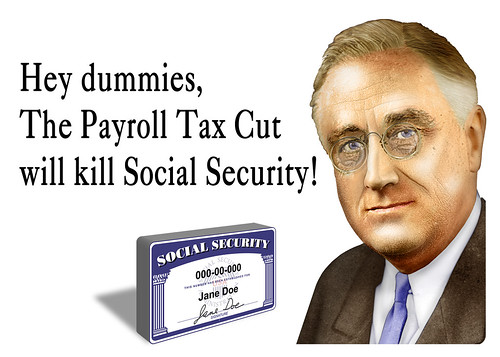 This is Donald Trump's America.

If he is re-elected to a second term, these will increase until our republic is rendered unrecognizable.

But these are the more visible, newsworthy manifestations of the mess Trump and complicit Senate republicans have made of America.

Two other less salacious areas Americans need to be aware of as they cast their votes are Trump's impact on the federal judiciary, including the U.S. Supreme Court, and Social Security, which Trump is intent on eliminating within the next three years.

Last week, Chief Actuary Stephen Goss stated in a letter to Congress that under Trump's proposal to eliminate the payroll tax, with "no other changes to current law", the Social Security trust fund "would become permanently depleted by the middle of calendar year 2023"; the disability fund "would become permanently depleted in about the middle of calendar year 2021, with no ability to pay DI [disability insurance] benefits thereafter".

Last month, Trump signed a memorandum suspending payroll taxes, which are, according to Investopedia:

"...A tax withheld from an employee's salary by an employer who remits it to the government on their behalf. The tax is based on wages, salaries, and tips paid to employees. Payroll taxes are deducted directly from the employee's earnings and paid directly to the Internal Revenue Service (IRS) by the employer. In the United States, payroll taxes are divided into three main categories: Federal income, Medicare, and Social Security. The government also collects money for federal unemployment programs."

Although imperfect, and the victims of forty years of libertarian incursion, these are social-safety nets into which we pay so they are there when we eventually need them.

Funding them through payroll relieves Congress from having to negotiate their appropriation each year.

Social Security is essentially "old-age insurance" created from the ashes of the republican Great Depression of 1929, one of Franklin Roosevelt's most enduring New Deal initiatives.

But it isn't just for senior citizens.

Related Topic(s): Future; Money; Money; Social Security, Add Tags
Add to My Group(s)
Go To Commenting
The views expressed herein are the sole responsibility of the author and do not necessarily reflect those of this website or its editors.