None of them rely on Washington to do anything useful. 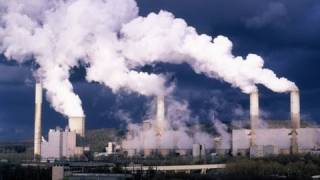 When the next phase of the US climate movement launches with a nationally streamed rally at the end of the month, the wound-licking will be over. Yes, the Trump administration has upset any hope of a smooth and orderly transition to a new energy world. Yes, it's pulled the United States out of the Paris climate agreement and opened up the Arctic National Wildlife Refuge to drilling. Yes, EPA Administrator Scott Pruitt and Energy Secretary Rick Perry have made a mockery of hurricane victims and fire victims and flood victims, from San Juan to Montecito to Houston.

But the fossil-fuel industry doesn't hold all the high cards. We'll start playing our own aces for a Fossil-Free United States on January 31, when Bernie Sanders and an all-star lineup brought together by 350.org that includes everyone from indigenous activist Dallas Goldtooth to NAACP organizer Jacqui Patterson to star youth climate organizer Varshini Prakash lay out a coordinated plan for the year ahead.

The basic outlines are pretty simple. None of the strategies rely on Washington's doing anything useful. In fact, because DC has emerged as the fossil-fuel industry's impregnable fortress, our strategies look everywhere else for progress. In every case, real momentum has emerged, even in the last few weeks.

Job 1: Push for a fast and just transition to renewable energy in cities and states. The Trump administration has done what it can to slow down sun and wind power, even recently raising tariffs on imported solar panels, but it has not been able to change the basic underlying math. With each passing month, the technology that powers renewable energy gets cheaper and cheaper. It's already generating massive quantities of electrons at prices cheaper than any other technology has ever managed in the past. A recent report by the International Renewable Energy Agency reports that renewables will be consistently cheaper than fossil fuels by 2020. That's why mayors and governors have felt free to make ambitious pledges about the future. So far, 51 cities have joined a campaign led by the Sierra Club promising to convert to 100 percent renewable energy; five are already there.

Of course, that leaves tens of thousands of cities and towns that can make a similar pledge -- and activists will be fanning out to their councils and selectboards and mayors in the months ahead. They'll do it knowing this is a movement with real breadth: It's not just the San Franciscos and Madisons that are on board, but the San Diegos, the Atlantas, the Fayettevilles. I mean, Salt Lake City is signed up. You know those blue dots on the election-night maps, the ones that contain most of the country's innovation? They're making the commitment, and those commitments will push the engineers to keep innovating.

During Bush years, when Dick Cheney effectively ran energy policy, Washington was similarly closed to real progress. So state governments adopted Renewable Portfolio Standards, which went on to spur much of the spread of sun and wind power. The same thing is happening now, except at an even faster pace.

Job 2: Stop new fossil-fuel projects. The welter of pipelines and fracking wells and coal terminals that the industry is attempting to build will, if completed, lock us into decades more of spewing of carbon and methane. But many of these are vulnerable to citizen action.

Take, for instance, the Keystone Pipeline, where the infrastructure fights really began more than half a decade ago. Donald Trump doubtless believes that it's been built. In a treacly paean titled "This Thanksgiving, Thank Donald J. Trump" the right-wing National Review announced that "after languishing under Obama," Keystone XL was "under construction." In fact, great organizers in Nebraska and Dakota have the thing tied up in endless knots; they've even installed fields of solar panels in the proposed path. The Cornhusker State approved a route for Keystone XL in November, but it's not the path that pipeline developers TransCanada Corporation preferred. Now the surveyors -- and the lawyers -- have seasons of work ahead before a shovel will hit the ground. Even if TransCanada decides to push ahead, 20,000 people have pledged to travel to the upper Midwest to protest. The lessons of Standing Rock have not been forgotten.

Meanwhile, in the Pacific Northwest, the thin green line against massive fossil-fuel projects has continued to hold. Five years ago it seemed almost certain that a massive terminal for oil trains from North Dakota's Bakken Shale would be built along the Columbia River in Vancouver, Washington. Six giant ports had also been proposed along the coast for shipping coal from the Powder River basin of Montana and Wyoming off to China. There was no way to stop the drilling or mining back in the interior, since the fossil-fuel industry holds sway in those states. But the carbon had to pass through Washington and Oregon, and savvy organizers there -- led in several cases by environmental-justice and indigenous groups, like the Lummi Indians near Bellingham -- have managed to beat every single plan. In Portland, these activists even passed a law banning any new fossil-fuel infrastructure, period, end of story.

Many of these heroes also took to the water a couple of years ago -- they were the kayaktivists who did such harm to Shell's brand that the company backed away from drilling in the Arctic. A variant of that same strategy may help blunt Trump's ugly plan for drilling in the Arctic National Wildlife Refuge, or off the Atlantic and Pacific coastlines. Yes, this land is now open for leasing -- but any oil company that steps through that door is going to be the target of an endless onslaught. You really want to be known as the company that digs up wildlife refuges? Okay, go for it.

Job 3: Cut off the flow of money to the fossil-fuel industry. Sometimes that means one bank customer at a time. One remarkable spinoff of the Standing Rock movement has been the Mazaska Talks campaign, led by indigenous organizers who have persuaded cities, towns, and individuals to pull their cash from banks that won't stop lending the money that fuels climate destruction. On a memorable October morning, activists protested outside dozens of Bank of America branches in Seattle, shutting down several. The city government had already sworn off Wells Fargo because the bank couldn't break its pipeline habit.

Pressure keeps building on investors as well. The fossil-fuel-divestment movement, for instance, has become the biggest corporate campaign of its kind in history, with endowments and portfolios worth a combined $6 trillion having sworn off coal and gas and oil in part or in whole. In the fall, a pair of studies summed up its success. One demonstrated that the campaign had catalyzed the rest of the climate movement, driving the debate towards grappling with the harsh reality that we had far more carbon than we could ever burn. The other pinpointed the falls in share values that divestment had caused, helping dry up the capital needed for more exploration and drilling.

But the divestment movement's greatest successes actually came a bit later, around the holidays. First, the managers of Norway's $1 trillion sovereign wealth fund -- the largest pool of investment capital on planet earth -- recommended divesting from oil and gas. Since Norway made its money in North Sea crude, the pledge was especially profound. Clearly, the country's economic leaders have decided that the future lies in renewables, and so they're getting out while the getting is good. Shortly after, the World Bank announced it would no longer fund oil and gas exploration -- that's another striking signal for the world's financial industry.

But the biggest win of all came just after the new year, when New York City Mayor Bill de Blasio announced two things. First, the city would be divesting its massive pension funds -- nearly $200 billion dollars, one of the 20 largest pension funds on earth -- from fossil fuels. And second, the city would be suing ExxonMobil, Chevron, Conoco-Phillips, Royal Dutch Shell, and BP for the damages caused by climate change. Their legal theory, he said, was simple: "They tried very intently to cover up the information about climate change and to project a propaganda campaign suggesting that climate change wasn't real and go ahead and keep using your fossil fuels." In other words, ExxonMobil=Phillip Morris. Everyone remembers how that one ended.

Bill McKibben is the author of a dozen books, including The End of Nature and Deep Economy: The Wealth of Communities and the Durable Future. A former staff writer for The New Yorker, he writes regularly for Harper's, The Atlantic Monthly, and The (more...)
Related Topic(s): 350org; American Clean Energy And Security Act; Climate; Energy; Fossil-fuel Industry; Pipeline; Solar, Add Tags
Add to My Group(s)
Go To Commenting
The views expressed herein are the sole responsibility of the author and do not necessarily reflect those of this website or its editors.