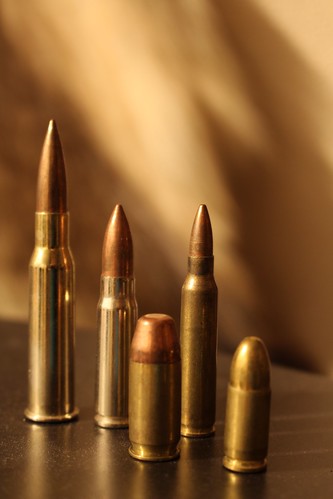 In the 1960s three bullets changed the trajectory of our nation and replaced our national narrative. It changed the path we would take as a nation, the nature of leadership and the disillusionment and breakdown that is now emerging. Those three bullets represented a quiet coup... a subtle insertion of an alien ideology that has changed everything about our nation.

The first bullet tore through the head of John F. Kennedy, the American president, on November 22, 1963. As a result, the direction of his leadership was thwarted.

How do you derail democracy to assure that the power shifts back to rule by an economic elite? You enlist the power of the entrenched establishment like the military and the economic interests (business). You add to this the newly developed secret security functions of the CIA. You enlist the media. You create an adversary of Russia, a previous ally. You demonize an ideology, isolate those who do not support rule by an economic elite and create a Cold War. You then insist on conformity and finally use assassination as an opportunity to move those changes forward.

I recently watched a relatively new documentary, JFK a President Betrayed, about the JFK presidency. It shows the early stumbles of his administration, some of which were due to the advice of the military and the CIA, much of which was a Cold War holdover from Eisenhower. Kennedy watched the catastrophe of the Bay of Pigs operation and pushed back on the advice to attack Cuba and even some talk about a preemptive attack on Russia.

He understood that in the age of nuclear weapons, everything was delicate and that anything that might trigger a nuclear war was pretty much the end of humankind. That understanding informed his resistance to the bellicosity of the military and the CIA. However, he was having a hard time finding reliable sources of information to inform his decisions.

Luckily Nikita Khrushchev, the Russian leader, had come to much the same conclusions and had hoped for a JFK win over Nixon because he saw a greater chance of cooperation with JFK since Nixon had built his career on being fervently anti-communist.

With the Russian attempt to put nuclear missiles in Cuba and the decision to quarantine Cuba to get Russia to remove the missiles without confrontation, it was clear that neither leader wanted a nuclear exchange, so they found a workable resolution and the missiles were removed.

(Just a footnote: the missiles already had been targeted at major American cities. Not only that, but there were also tactical nuclear weapons to protect the beaches, all of which would have begun a deadly nuclear exchange with any attempt to invade Cuba or even to bomb it.)

Soon, the powers that be within the military and even within his administration were denigrating his leadership and saying, in effect, that we had a failed presidency.

He found himself isolated and determined to find another way to deal with the issues. It became clear to him that both Russia and the US were at great and constant risk if they continued in the direction they were going. Luckily Russia was amenable to discussing possibilities and, later, so was Cuba.

Kennedy sent unofficial feelers to Russia and Cuba and by 1963 saw the possibility of room for productive negotiations.

In addition, Kennedy relied less on the advice of the military, or was simply more skeptical of it. He wanted to restructure the CIA, who had been behind the Bay of Pigs and the elaborate plans to kill Castro. In 1963 he replaced the head of the CIA, Alan Dulles, and Dulles' assistant.

He was moving toward a de-escalation of belligerency and tentative moves toward peaceful resolution of international problems. This included a policy change in regard to the war in Vietnam. He planned to withdraw American forces beginning in 1963 and completing the action by 1965.

In June of 1963 Kennedy gave a speech at American University at the graduation exercises that laid the groundwork for significant moves toward peace, inviting the Soviet Union to respond.

He had sent a French journalist to see if relationships with Cuba could be mended. The irony is that the journalist was with Castro when Castro received word that Kennedy had been assassinated. Castro's response was something to the effect that the assassination will end the American attempts to find a peaceful solution with Cuba.

Related Topic(s): American Center For Law And Justice; American History; Assassination; Citizens; Events; GrassRoots; History; Ideology; Killed; Leader; (more...) Political Activism; Political Assassinations; Political Change; Political Values, Add Tags  (less...)
Add to My Group(s)
Go To Commenting
The views expressed herein are the sole responsibility of the author and do not necessarily reflect those of this website or its editors.