The first reports of the new mysterious illness in China were treated a lot like how Floridians react when a new tropical depression forms in the Atlantic. There were some who saw the news and immediately started bracing themselves for a coming storm, but most of us saw the danger too far away to be considered impending. We paid little notice and we certainly did not make any preparations.

As the sea started to stir and storm clouds moved closer to the horizon, most of us still did not move into a state of heightened alert. After all, most hurricanes change course before hitting us directly. The first cases of COVID-19 had already landed on American soil but we went on with our lives as normal. Right before the California primary in March, my family attended a Bernie Sanders rally with thousands of other people at the Los Angeles Convention Center. We doused our daughters' hands in sanitizer at frequent intervals but had no second thoughts about being in such a large crowd. Days later I stood in line for hours to vote with no social distancing being practiced and face masks not yet part of the vernacular. 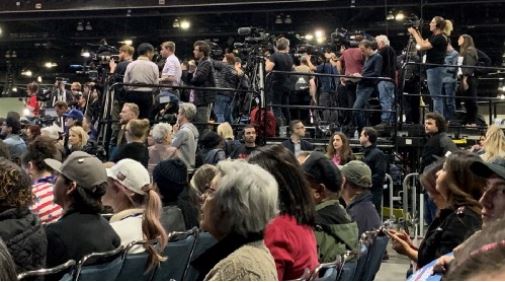 Looking back, I am not quite sure what event caused the shift, but suddenly complacency turned to panic. Without warning, Costco was rationing rice and toilet paper. Empty spaces marked the spot where the pallets of Cup of Noodles used to be stored. By the next weekend, our local supermarket looked like it had conducted a going-out-of-business sale; the shelves were completely bare with the exception of a few dented cans. At work, we were forced to start wearing the same mask for an entire shift as supplies dwindled. The storm was on our shores and panicked buyers had replaced careful planning with chaotic desperation. 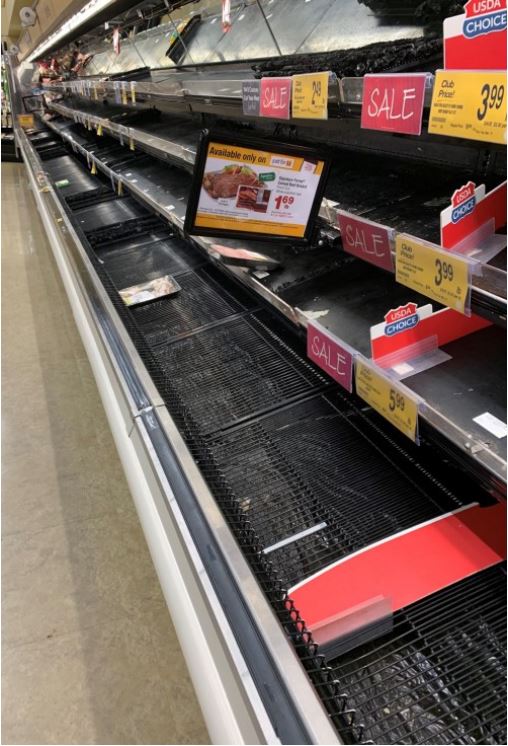 In a case of shutting the barn door after the horse had escaped, politicians finally began to issue orders to send citizens into storm shelters as the death toll rose at an alarming rate. With an occupation that was classified as "essential," I continued to work, now with the added responsibilities of enforcing social distancing and other preventative measures along with calming members of my team as rumors of an outbreak swirled with every absence. Every cough was treated with suspicion. Before too long, we had our first confirmed case of the virus and had to deal with a new wave of panic as coworkers worried not only about their own health but about infecting their families at home.

In July the panic hit home when I woke up with a severe headache. Knowing that this is a symptom of COVID and that at least one member of my team had just tested positive, I began a quarantine and arranged to be tested. Thankfully, the test was negative, but I was still kept out of work for 14 days as a precautionary measure. The onslaught of this crisis was no longer a theoretical event that happened to other people on the news, I could now feel the shingles on my own roof being disturbed by the strengthening storm.

As the storm wore on, time seemed to stand still. At work, the cubicle farm that until March had housed an army of office workers was frozen in time with St. Patrick's Day decorations left behind by employees now assigned to work from home. At home, birthdays and other celebrations were missed as the extended family substituted weekly Zoom calls for physical get-togethers in the name of safety. Every once in a while, news of an acquaintance or family member's infection would interrupt the time like a falling tree branch knocking against the roof. The storm was still raging outside. 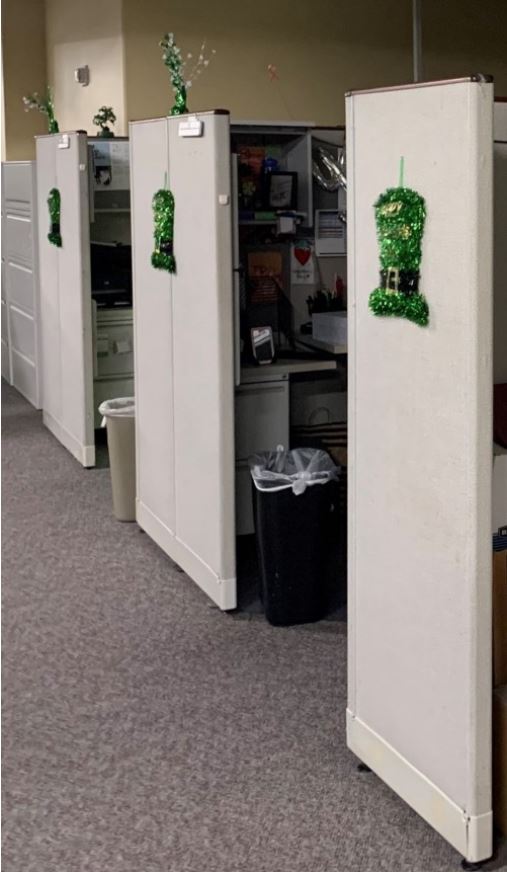 At the end of August, my essential job was deemed to be non-essential after all and I found myself joining the 12.6 million people that are currently unemployed. With this layoff, my storm shelter became noticeably smaller as I rarely left the house.

This week my bubble suddenly disappeared as I was asked to fly to Phoenix for a job interview. With the exception of a short, socially-distanced visit with my mother, this would be the first time since March that I have left Los Angeles County. Beyond the usual nervousness of preparing to be grilled by a potential employer, a million other concerns crossed my mind. Specifically, with the current surge of infections, was this trip really a good idea? This fear was intensified by the fact that my wife has other health concerns increasing her vulnerabilities if I were to introduce this virus into our household.

In the end, I decided that the opportunities that this job provides are too good to pass up. I packed my bag and headed for Burbank airport.

Under normal conditions, I am inclined to be a stressed-out traveler. I, therefore, left myself plenty of time so as not to be rushed. This turned out to be a wise move as the remote lots that I usually use were closed. They were marked as being "full," but they were completely empty. In retrospect, this should have been obvious as the shuttle buses needed to get people from these lots to the terminal would have introduced a separate layer of risk of transmission. There was plenty of parking left at the full-price lot next to the terminal.

The first things that I noticed upon entering the terminal were the lack of people and that most of the shops were closed. Social distancing markers on the floor reminded the non-existent crowds to keep their space in the ticketing area. The TSA queue was also well marked and had plexiglass barriers throughout. In the waiting area, seats were blocked from usage to enforce distancing. Maybe the airline industry did have the situation under control.

The pre-boarding announcements helped increase my confidence. Passengers were sternly warned that not complying with rules requiring the wearing of a mask that covered both their nose and mouth would not only prohibit them from boarding this flight, but they would also be banned from future flights. The loading procedures had also been changed so that customers were divided into nine different groups so as to avoid crowding of the entryway to the plane. So far, so good.