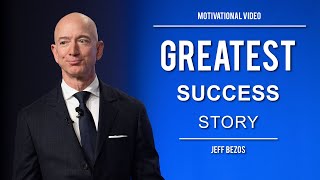 Oligarchy prevents democracy. That explains the gist of why the United States became more undemocratic in 2017.

With vast income inequality and corporate power, this country's oligarchy keeps consolidating itself -- largely hidden in plain sight -- normalized and embossed on the wallpaper of mass-media echo chambers. Several decades of ominous trend lines have brought us to dire tipping points.

"In the American republic, the fact of oligarchy is the most dreaded knowledge of all, and our news keeps that knowledge from us," historian Walter Karp wrote. "By their subjugation of the press, the political powers in America have conferred on themselves the greatest of political blessings -- Gyges' ring of invisibility." Those words appeared in 1989.

Nearly 30 years later, the power of billionaires, huge banks and Wall Street over U.S. politics is far more dominant, while a propaganda fog diverts attention from their anti-democratic leverage. An array of news media (including big "public" outlets like NPR) and corporate politicians, unwilling to acknowledge, let alone challenge the reality of an oligarchy in the United States, love to point accusatory fingers elsewhere.

Days before the end of 2017, I googled the phrase "American oligarchs" and found that it appeared scarcely one-tenth as often as "Russian oligarchs." Yet the gravest injuries and threats to democracy in the USA are overwhelmingly coming from massively capitalized individuals and corporations at the top of the U.S. power structure.

"The fact of oligarchy" that Walter Karp cited at the end of the 1980s now looms larger than ever. In the next few years, reversing the catastrophic momentum will require finding ways to defeat the partisan right arm of oligarchic forces. Noam Chomsky is correct when he calls the present-day Republican Party "the most dangerous organization in world history."

Fighting the GOP right is only part of the imperative. We need an ongoing and escalating grass-roots challenge to the national leadership of the Democratic Party, which remains aligned with Wall Street and the warfare state. The tasks ahead involve strengthening progressive populist movements to gain power inside and outside of electoral arenas.

In 2018, whether the races are for U.S. House and Senate seats or for state offices, the path ahead will require fighting for progressive candidates in Democratic primaries and then fighting to defeat Republicans in general elections with Democratic nominees. There will simply be no other way to wrest majority control of Congress away from the Republican Party in the November 2018 election.

The chair of the California Democratic Party's Progressive Caucus, former union organizer Karen Bernal, has a long history of working inside and outside the party. As the author of a section of "Autopsy: The Democratic Party in Crisis" (produced by a task force that I was part of), she wrote: "Social movements cannot be understood as tools to get Democrats elected. The ebb and flow of social movements offer a rising tide in their own right that along the way can lift Democratic Party candidates -- if the party is able to embrace the broad popular sentiment that the movements embody."

The report added: "The Democratic Party is badly positioned to present itself as a foe of the powerful forces causing widespread economic distress for working people, the poor and 'near poor,' the elderly, millennials, people of color -- in short, the party's purported base. Weakness of messaging is directly related to the comfort that corporate power enjoys not only in legislative halls across the nation but also within the party itself. Such corporate dominance prevents the party from truthfully projecting itself as an ally of the working class."

While we see all too clearly how a lack of democracy can -- and does -- coexist with elections, it is inconceivable that we could have true democracy without elections. They'll be crucial for advancing a progressive agenda to end the undemocratic power of economic elites.

Polls throughout 2017 showed that the most popular politician in the country is Bernie Sanders, who has been denouncing the oligarchy for many years. No wonder The Washington Post -- owned by the richest person in the world, Jeff Bezos -- has gone to centrist extremes to disparage Sanders and what he stands for. The mortal threat to the oligarchy is a sustained groundswell that can propagate genuine democracy.

Related Topic(s): Corporate; Democracy; Democratic; Inequality; Oligarchy; Politicians, Add Tags
Add to My Group(s)
Go To Commenting
The views expressed herein are the sole responsibility of the author and do not necessarily reflect those of this website or its editors.