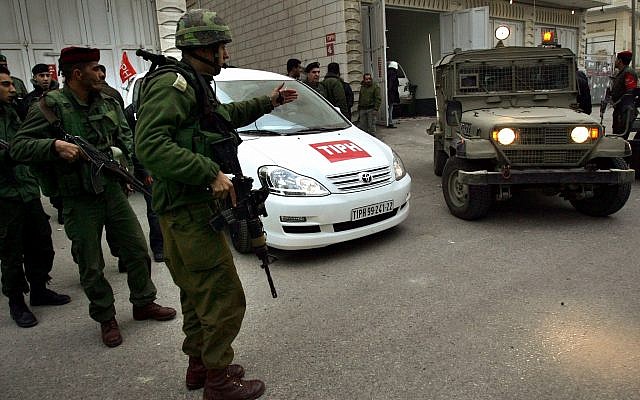 You might imagine that a report by a multinational observer force documenting a 20-year reign of terror by Israeli soldiers and Jewish settlers against Palestinians, in a city under occupation, would provoke condemnation from European and US politicians.

But you would be wrong. The leaking in December of the report on conditions in the city of Hebron, home to 200,000 Palestinians, barely caused a ripple.

About 40,000 separate cases of abuse had been quietly recorded since 1997 by dozens of monitors from Sweden, Norway, Switzerland, Italy and Turkey. Some incidents constituted war crimes.

Exposure of the confidential report has now provided the pretext for Israeli prime minister Benjamin Netanyahu to expel the international observers. He shuttered their mission in Hebron this month, in apparent violation of Israel's obligations under the 25-year-old Oslo peace accords.

Israel hopes once again to draw a veil over its violent colonisation of the heart of the West Bank's largest Palestinian city. The process of clearing tens of thousands of inhabitants from central Hebron is already well advanced.

Any chance of rousing the international community into even minimal protest was stamped out by the US last week. It blocked a draft resolution at the United Nations Security Council expressing "regret" at Israel's decision, and on Friday added that ending the mandate of the Temporary International Presence in Hebron (TIPH) was an "internal matter" for Israel.

The TIPH was established in 1997 after a diplomatic protocol split the city into two zones, controlled separately by Israel and a Palestinian Authority created by the Oslo accords.

The "temporary" in its name was a reference to the expected five-year duration of the Oslo process. The need for TIPH, most assumed, would vanish when Israel ended the occupation and a Palestinian state was built in its place.

While Oslo put the PA formally in charge of densely populated regions of the occupied territories, Israel was effectively given a free hand in Hebron to entrench its belligerent hold on Palestinian life.

Several hundred extremist Jewish settlers have gradually expanded their illegal enclave in the city centre, backed by more than 1,000 Israeli soldiers. Many Palestinian residents have been forced out while the rest are all but imprisoned in their homes.

TIPH faced an impossible task from the outset: to "maintain normal life" for Hebron's Palestinians in the face of Israel's structural violence.

Until the report was leaked, its documentation of Israel's takeover of Hebron and the settlers' violent attacks had remained private, shared only among the states participating in the task force.

However, the presence of observers did curb the settlers' worst excesses, helping Palestinian children get to school unharmed and allowing their parents to venture out to work and shop. That assistance is now at an end.

Hebron has been a magnet for extremist settlers because it includes a site revered in Judaism: the reputed burial plot of Abraham, father to the three main monotheistic religions.

But to the settlers' disgruntlement, Hebron became central to Muslim worship centuries ago, with the Ibrahimi mosque established at the site.

Related Topic(s): Benjamin Netanyahu; Checkpoints; Hebron; International; Israel; Israel And Palestine; Israeli Settlements; Mosque; Muslim; Occupation; (more...) Palestine_and_Israel; Policy; Power; Prayer; Soldiers, Add Tags  (less...)
Add to My Group(s)
Go To Commenting
The views expressed herein are the sole responsibility of the author and do not necessarily reflect those of this website or its editors.