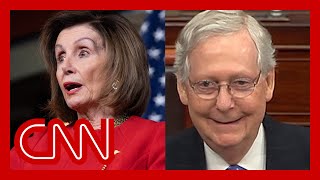 These are trying times to say the least with COVID restrictions exacerbating things, a presidential election less than a month away along with a fractious electorate so divided neither side seems willing to accept the outcome.

In the long run does it matter? The nations policies and actions won't dramatically change. Our foreign wars will continue. The provocations and sanctions against China, Russia, Iran, Venezuela, Nicaragua, Cuba, North Korea won't change. Threats of secondary sanctions with companies doing business with them won't stop. Maybe a Biden victory will return the US to abide by the 2015 nuclear treaty with Iran which Trump abandoned in 2018. That would be a plus.

Domestically, Trump's nomination of Amy Coney Barrett to the Supreme Court will likely be approved by the Republican majority Senate before the election. In that case SCOTUS would become solidly arch conservative with Rowe VS Wade in jeopardy of being overturned.

Yet the purpose here is to focus on the Congress; the entity written in the Constitution that has the real power in the US. They enact the laws, regulations oversight and enforcement. Congress also has the power of the purse. No federal money is supposed to be spent without its approval-though we know with executive signing statements, notions of the unitary executive along with reasons of national security funds are spent with no real oversight by Congress.

Still Congress retains the real power in the US but its actions reveal the real power resides with the entities that underwrite the campaigns of those elected to office. The reality is the Congress acts to benefit the interests of their benefactors those deep pocketed special interests, individuals, and big corporations.

Retired. The author of "DECEIT AND EXCESS IN AMERICA, HOW THE MONEYED INTERESTS HAVE STOLEN AMERICA AND HOW WE CAN GET IT BACK", Authorhouse, 2009
Related Topic(s): Agenda; Congress; Corporate; Corruption; Donations; Electoral Politics; Legislation, Add Tags
Add to My Group(s)
Go To Commenting
The views expressed herein are the sole responsibility of the author and do not necessarily reflect those of this website or its editors.