Anonymous, a self-styled "senior Trump administration official," has written a book A Warning (Hachette Book Groups, Inc., 2019) as a follow-up to his (or her) September, 2018 op-ed in the New York Times, "I Am Part of the Resistance Inside the Trump Administration." 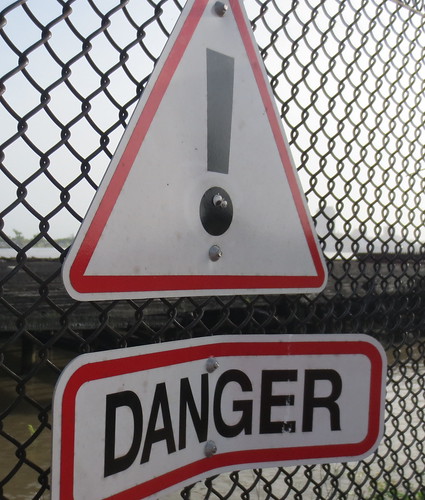 Anonymous describes himself as a committed Republican and not a never-Trumper. He had high hopes for Trump, at first, and approves of some of Trump's policies (e.g., his Supreme court picks).

To be clear, there is no seditious plot inside the administration to undercut the president. The Steady State is not code for a coordinated scheme to sabotage his policies or, worse, oust him from office. I use "resistance" in quotes because it's neither the Right's fear of a "Deep State" gone rogue, or the Left's conception of an active subversion campaign". Instead, the early Steady State formed to keep the wheels from coming off the White House wagon,"

because the White House was so poorly managed.

Anonymous says that members of the Trump administration regularly ignore orders from the President that they consider illegal or ill-advised. At several points in the presidency, there were discussions among administration aides about whether to resign en masse and call for the removal of Trump from office.

Anonymous says that there were responsible, intelligent aides and cabinet members who were willing to put a brake on Trump's crazier inclinations, but most of those people have by now resigned or have been fired. Mostly sycophants remain. This puts the nation at risk. "The Trump story is briskly moving into a fiction universe," because aides are afraid to tell Trump the truth. Also, there is bad infighting and back-stabbing as aides jockey for promotions and scheme to get others fired (which often happens).

Presidential briefings of Donald Trump are unlike briefings for any other president, says Anonymous. For normal presidents, aides prepare substantial documents for review. But with Trump things are different. "Early on, briefers were told not to send lengthy documents. Trump wouldn't read them." So they started using PowerPoint decks. "Then officials were told that PowerPoint decks needed to be slimmed down. The president couldn't digest too many ideas." Three main points. Nope, that was too much. Just one main point, please, and make sure to repeat it over and over, because "you cannot focus the commander in chief's attention on more than one goddamned thing over the course of a meeting, okay?".

"What the f*ck is this? the president would shout, looking at a document one of them handed him. "These are just words. A bunch of words. It doesn't mean anything. Sometimes he would throw the papers back on the table. He definitely wouldn't read them."

"President Trump is fundamentally undermining our perception of 'truth.' He has taken us down a dark, subjectivist rabbit hole " The president's untruths resonate with supporters due to their 'confirmation bias.'"

"Trump has attacked the media on Twitter well over a thousand times since taking office and tweeted the phrase 'fake news' five hundred plus times." Trump called the press "the enemy of the people." The U.S. Senate unanimously passed a resolution rebuking Trump's statement. But "Trump revels in the herd-like behavior of his followers." Trump inflames public discourse. "That's how the president turns his own fake news into instantaneous reality."

In a chapter titled "A Weakness for Strongmen," Anonymous recalls that Trump often insulted friendly nations and their leaders, while praising dictators, including Putin and North Korean leader Kim Jong-un. "Trump's overall alienation of our closest partners is putting us at risk." "No major US ally has been spared from the president's indignities." The U.S. needs friends, Anonymous insists. "A handful of America's clever partners have .. learned to play him" via flattery. "Our enemies and adversaries recognize the president is a simplistic pushover" He is visibly moved by flattery. He folds in negotiations, and he is willing to give up the farm for something that merely looks like a good deal." Trump obsesses about odd issues (such as trade and tariffs) and ignores many other issues important to the country.

Trump imagines that he has special relationships with demagogues such as Putin and Kim Jong-un, whom he described as being "in love" with.

Related Topic(s): Journalism; Trump, Add Tags
Add to My Group(s)
Go To Commenting
The views expressed herein are the sole responsibility of the author and do not necessarily reflect those of this website or its editors.