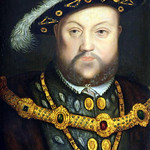 is a modern-day Usurper. For decades, he built castles and palaces. He forged alliances with quasi-criminal native construction and gambling ignobles. Through "innocent" real-estate businesses, he took foreign wealth and sold to Russians, possible bases. gladly allowed it through Russian billionaire ignobles. Impeachment of the Usurper would be but a temporary solution. There remains a deep problem our government: tension between direct democracy and always-corruptible representation. There is a way to resolve it: pass a constitutional amendment, the National Popular Vote Interstate Compact. This would assure that, at least the winner of the popular vote became the president. Look into it!

Now is the time. There'll never be a better, a more exemplary. Our Constitution's founders had to unite 13 diverse, weak colonies to cobble together a country. Now we can resolve this tension, at least for the presidency. The founders provided the amendment process to adapt to changing times. Our representatives no longer represent the people but rather wealthy special interests. Competitive measures, such as drug importation, and letting Medicare, etc., pay for foreign operations, etc., could greatly lower health-care costs. Instead, the House passed AHC act, proposes to abolish coverage for pre-existing conditions, and cut $880 billion out of Medicaid over 10 years for tax-cut pelf for high-income receivers! The Republican Senate will come along and "tweak" it; i.e., cosmetize it and Fox-like media will propagandize it. And the Usurper, it seems, will approve a life-shortening "compromise." But there isn't enough lipstick in all Revlon's and Cover Girl's stock to beautify that pig. No domestic policy I can think of could create more confusion and dismay among our people!

Will Trump treat Muslims like Vlad the impaler did his?
(Image by (Not Known) Wikipedia (commons.wikimedia.org), Author: Author Not Given)   Details   Source   DMCA

It will be extremely difficult to pass this amendment. Wealth Tools (i.e., conservatives) will field divisions of legal "constitutional" lawyers to oppose it and pick enough states with weak, corruptible legislators in which to campaign against it to prevent passage. But let Democrats be democratic! Seek to prevent any future usurper like Trump from gaining our presidency.

Related Topic(s): Democracy; Democracy; Dictator Dictatorships; Executive Tyranny; Medicaid; Medicare; Usurper, Add Tags
Add to My Group(s)
Go To Commenting
The views expressed herein are the sole responsibility of the author and do not necessarily reflect those of this website or its editors.