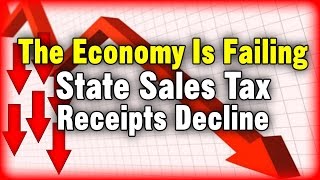 Do the Wall Street Journal's editorial page editors read their own newspaper?

The front page headline story for the Labor Day weekend was "Low Wage Growth Challenges Fed." Despite an alleged 4.4% unemployment rate, which is full employment, there is no real growth in wages. The front page story pointed out correctly that an economy alleged to be expanding at full employment, but absent any wage growth or inflation, is "a puzzle that complicates Federal Reserve policy decisions."

On the editorial page itself, under "letters to the editor," Professor Tony Lima of California State University points out what I have stressed for years: "The labor-force participation rate remains at historic lows. Much of the decrease is in the 18-34 age group, while participation rates have increased for those 55 and older." Professor Lima points out that more evidence that the American worker is not in good shape comes from the rising number of Americans who can only find part-time work, which leaves them with truncated incomes and no fringe benefits, such as health care.

Positioned right next to this factual letter is the lead editorial written by someone who read neither the front page story or the professor's letter. The lead editorial declares: "The biggest labor story this Labor Day is the trouble that employers are having finding workers across the country." The Journal's editorial page editors believe the solution to the alleged labor shortage is Senator Ron Johnson's (R.Wis.) bill to permit the states to give 500,000 work visas to foreigners.

In my day as a Wall Street Journal editor and columnist, questions would have been asked that would have nixed the editorial. For example, how is there a labor shortage when there is no upward pressure on wages? In tight labor markets wages are bid up as employers compete for workers. For example, how is the labor market tight when the labor force participation rate is at historical lows. When jobs are available, the participation rate rises as people enter the workforce to take the jobs.

I have reported on a number of occasions that according to Federal Reserve studies, more Americans in the 24-34 age group live at home with parents than independently, and that it is those 55 and older who are taking the part time jobs. Why is this? The answer is that part time jobs do not pay enough to support an independent existence, and the Federal Reserve's decade long zero interest rate policy forces retirees to enter the workforce as their retirement savings produce no income. It is not only the manufacturing jobs of the middle class blue collar workers that have been given to foreigners in order to cut labor costs and thus maximize payouts to executives and shareholders, but also tradable professional skill jobs such as software engineering, design, accounting, and IT -- jobs that Americans expected to get in order to pay off their student loans.

The Wall Street Journal editorial asserts that the young are not in the work force because they are on drugs, or on disability, or because of their poor education. However, all over the country there are college graduates with good educations who cannot find jobs because the jobs have been offshored. To worsen the crisis, a Republican Senator from Wisconsin wants to bring in more foreigners on work permits to drive US wages down lower so that no American can survive on the wage, and the Wall Street Journal editorial page editors endorse this travesty!

The foreigners on work visas are paid one-third less than the going US wage. They live together in groups in cramped quarters. They have no employee rights. They are exploited in order to raise executive bonuses and shareholder capital gains. I have exposed this scheme at length in my book, The Failure of Laissez Faire Capitalism (Clarity Press, 2013).

When Trump said he was going to bring the jobs home, he resonated, but, of course, he will not be permitted to bring them home, any more than he has been permitted to normalize relations with Russia.

In America, Government is not in the hands of its people. Government is in the hands of a ruling oligarchy. Oligarchic rule prevails regardless of electoral outcomes. The American people are entering a world of slavery more severe than anything that previously existed. Without jobs, dependent on their masters for trickle-down benefits that are always subject to being cut, and without voice or representation, Americans, except for the One Percent, are becoming the most enslaved people in history.

Americans carry on by accumulating debt and becoming debt slaves. Many can only make the minimum payment on their credit card and thus accumulate debt. The Federal Reserve's policy has exploded the prices of financial assets. The result is that the bulk of the population lacks discretionary income, and those with financial assets are wealthy until values adjust to reality.

As an economist I cannot identify in history any economy whose affairs have been so badly managed and prospects so severely damaged as the economy of the United States of America. In the short/intermediate run policies that damage the prospects for the American workforce benefit what is called the One Percent as jobs offshoring reduces corporate costs and financialization transfers remaining discretionary income in interest and fees to the financial sector. But as consumer discretionary incomes disappear and debt burdens rise, aggregate demand falters, and there is nothing left to drive the economy.

What we are witnessing in the United States is the first country to reverse the development process and to go backward by giving up industry, manufacturing, and tradable professional skill jobs. The labor force is becoming Third World with lowly paid domestic service jobs taking the place of high-productivity, high-value added jobs.

The initial response was to put wives and mothers into the workforce, but now even many two-earner families experience stagnant or falling material living standards. New university graduates are faced with substantial debts without jobs capable of producing sufficient income to pay off the debts.

Related Topic(s): Debt; Economy Recession; Jobs; Robots; Slavery, Add Tags
Add to My Group(s)
Go To Commenting
The views expressed herein are the sole responsibility of the author and do not necessarily reflect those of this website or its editors.