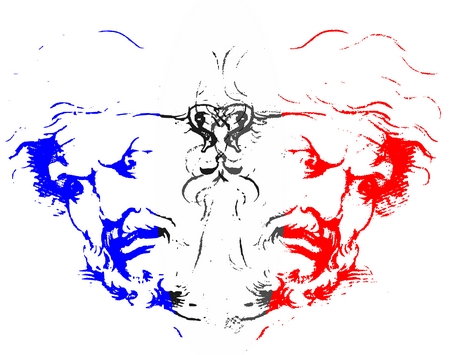 You've heard all about identity politics - no doubt from your crazy Fox News uncle. And you may have guessed that he's got it all wrong.

Identity politics is really a thing, though. You see it when people of a particular religion, race, or ethnicity form exclusive political alliances, and move away from traditional broad-based party or national politics. On the surface, it seems pretty innocuous, especially if it displaces traditional party politics - after all, birds of a feather have always flocked together. But this concept, together with the corrosive narrative by which it is presented, has begun to get under our national skin.

Conservatives control this narrative [1]. We learn about identity politics from right wing bullhorns - it's a way to facilitate their attacks on the minorities that usually stand with progressives and moderates. The identity politics narrative is more subtle than the politics of victimhood[2] narrative that often accompanies it, but the focus is the same: minorities feel unduly disadvantaged even though they enjoy equal opportunity in a nation of universal equality. This supposedly allows them to claim special privilege. And of course, the Democrats are to blame [3].

Democrats are accused of cultivating and practicing identity politics. The Party tries to gain a political advantage by appealing to those who identify with a cohort based on some supposedly oppressed minority. This is divisive, the accusers claim - we're all Americans and we shouldn't let such identities separate us from each other. And above all, these splinter groups have no claim to special treatment by society, tradition, or law.

The accusers aren't entirely wrong, but they've got the argument backward. Our micro-identities can divide us from larger identity groups like a nationality or political party. We can see that among single-issue voters. We might see ourselves as evangelical Christians first and Americans second. We might be anti-abortionists or free-marketers above any political label. We might even adopt white supremacism while denouncing American values. And if we've assumed any of these identities, what Party will we embrace?

The conservative interpretation of identity politics is based on the notion that the Democratic Party promises favorable treatment to minorities in exchange for their votes - and that minorities use the Democratic Party as a lever to gain unfair advantage over others. But a look at the grievances of minorities exposes the lie - minorities simply do not enjoy comparable rights and privileges as does the majority. Black Lives Matter isn't pleading for special treatment, but rather for the criminal justice system to stop killing black people, and to treat them like the majority instead. The LGBTQ community isn't asking for special treatment, but rather for merchants and employers to treat them like they treat the majority. Women aren't asking for extra pay, but rather for equal pay. Muslims aren't asking for their own government, but rather to be permitted full participation in ours. If these identity groups are over-represented in the Democratic Party, it's because Democrats embrace the ideal of equality - not because the Party is offering special favors to curry their support.

To put identity and identity politics into perspective, we have to consider the dual nature of national unity. National unity comes in two flavors.

In the fascist model, national unity is tantamount to national identity, and any other identity is in competition with it. In the tolerance model, national unity doesn't prohibit us from also identifying with religious, cultural, or racial subgroups. We can be ourselves, in all of our diverse glory.

You can easily see how the fascist view of national identity is threatened by diversity. People of different races, gender identities, religions, or political persuasions must either come into conformity or be excluded from the public square. Of course, not all conservatives are fascists; even so, it's conservatives who are disturbed by identity politics and the diversity it represents. Is their understanding of national unity threatened?

Maybe it's time to reclaim the narrative surrounding identity politics. Let's reclaim it in the name of equality!

Related Topic(s): Conservatives; Diversity; Diversity; Equal; Equality; Fascist; Identity; Identity Politics; Politics; Race; (more...) Religion; Rights; Tolerance, Add Tags  (less...)
Add to My Group(s)
Go To Commenting
The views expressed herein are the sole responsibility of the author and do not necessarily reflect those of this website or its editors.

The Beginner's Guide to Pissing Off Conservatives

The Myth of Liberal Media Bias

To Kill Our Elders