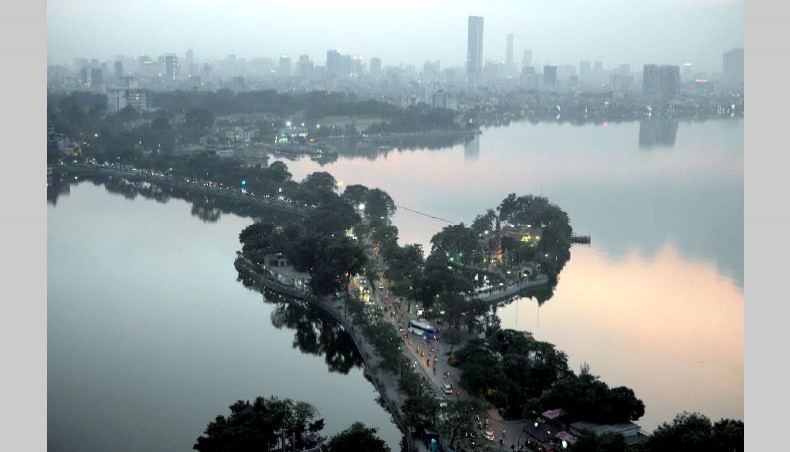 Some twenty years ago, when I moved to Hanoi, the city was bleak, grey, covered by smog. The war had ended, but terrible scars remained.

I brought my 4WD from Chile, and insisted on driving it myself. It was one of the first SUVs in the city. Each time I drove it, it was hit by scooters, which flew like projectiles all over the wide avenues of the capital.

Hanoi was beautiful, melancholic, but clearly marked by war. There were stories, terrible stories of the past. In "my days", Vietnam was one of the poorest countries in Asia.

Many great heritage sites, including the My Son Sanctuary in Central Vietnam, were basically vast minefields, even many years after the terrible U.S. carpet-bombing. The only way to visit them was by government-owned military vehicles.

The building where I lived literally grew out of the infamous "Hanoi Hilton", the former French prison where the Vietnamese patriots and revolutionaries used to be tortured, raped and executed, and where some captured U.S. pilots were held during what is called in Vietnam the American War. From my window, I was able to see one of two guillotines in the courtyard of what by then had become a museum of colonialism.

In 2000, Hanoi did not have one single mall, and when we first arrived, the terminal of Noi Bai Airportwas just a tiny edifice, the size of a provincial train station.

In those days, for the Vietnamese people, a trip to Bangkok felt like a voyage to a different galaxy. For journalists like myself, those who were based in Hanoi, a regular commute to Bangkok or Singapore was an absolute necessity, as almost no professional equipment or spare parts were available in Vietnam.

Related Topic(s): Empire; Media; Nihilism; Pandemic; Propaganda; Vietnam; Western Propaganda, Add Tags
Add to My Group(s)
Go To Commenting
The views expressed herein are the sole responsibility of the author and do not necessarily reflect those of this website or its editors.