Readers and concerned citizens now have a way to see ALL of the material on the topic, rather than read a hint here and a hint there. This timeline offers, for the first time, the ability to see the scandal/s as a whole, and therefore to connect the dots, which makes the whole story all that much more serious, sordid, and oh so much worse.

Welcome back for the conclusion of this three-part series with Paul Thompson about Hillary's emails and The Clinton Foundation. [Read Part One, Hillary's "Damn" Emails? Or "Damning" Emails?and Part Two, Did Clinton Foundation Pimp Out State Department?]

Joan Brunwasser: You've mentioned to me that timing is crucial here. Can you flesh that out a bit for us? What's the rush?

Paul Thompson: Timing is everything in this case, in my opinion. First, the FBI has to decide whether to recommend to indict Clinton and/or her top aides or not. Then, the Justice Department has to decide whether to go ahead with an indictment or not. For me, the key is the FBI's recommendation, because if they were to recommend Clinton's indictment, that would totally change the public perception - there would be no way to maintain that this is just a right-wing smear or an inconsequential "security inquiry," as Clinton keeps calling it. And that could in turn completely transform the presidential election.

PT: So much depends on the timing. Let's assume for a minute that the FBI does recommend Clinton's indictment. The effect of that could be very different, depending on when it happens. There are still Democratic primaries coming up. In particular, 800 delegates are to be rewarded on June 7th, with almost 500 of them in California. Bernie Sanders actually still has a chance to win a majority of the pledged delegates. If the FBI were to recommend Clinton's indictment prior to June 7th, that bombshell could lead to a Sanders landslide. He would need 70% or so of the vote in those states to win a bare majority of the pledged delegates.

JB: But what if the FBI doesn't act until after that date?

PT: Then, the next big date is the Democratic National Convention, starting on July 25th. If the FBI is silent until after the early June primaries, Clinton is likely to enter the convention with a sizable lead of pledged delegates. But there's the matter of the superdelegates. What would they do? They might switch in big numbers to Sanders if Clinton is seen as fatally wounded due to an FBI recommendation. Or they might not. Nobody knows, because nothing like that has ever happened before. Lately, there's been talk that establishment Democrats think Sanders is too liberal, so if Clinton drops out, most of her delegates could vote for Joe Biden or someone else, denying the nomination to Sanders. There are all sorts of "what if" scenarios.

JB: Granted, but bringing in Biden at the convention would surely turn off the millions of Bernie supporters, and rightfully so. What if the FBI waits until after the convention before making any recommendation? Is that also a possibility?

PT: It is. FBI Director James Comey has repeatedly said that he wants the investigation to be done well and quickly, but if there's a conflict, "well" takes priority over "quickly." He's also said the FBI hasn't set any deadlines to finish, such as the Democratic Convention. That said, news reports indicate the investigation is almost over. For instance, a couple of days ago, The New York Times said the investigation is expected to finish within a month. Basically, all the investigating is done, most or all of Clinton's aides have been interviewed, and the last step is interviewing Clinton herself, which should take place in the next few weeks. If the FBI inexplicably waits a couple more months after that, that could be seen as an effort to throw the general election to Trump, so I think it's very unlikely they'll wait that long. If that was their plan, we wouldn't be hearing the news reports that they're basically done and just waiting to interview Clinton. 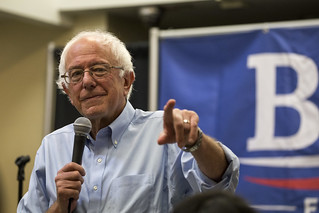 JB: How does your rushing to finish your timeline dovetail with all those timing permutations?

PT: My thinking is that the Republicans are licking their lips and lying in wait. They're planning to make a very big deal out of both the email scandal and the Clinton Foundation's troubles, but it makes sense for them to wait until the start of the election to do so. Trump is disliked by a majority of likely voters. In fact, his dislike numbers are the worst of any major presidential candidate since favorability ratings began to be polled, back in the 1970s. Trump's only chance of winning is if he runs against Clinton, who has the second worst dislike numbers of any major presidential candidate ever! Even then, she would probably need to be heavily damaged by these scandals for Trump to have a decent chance to win.

So, my goal is to get the facts about the scandal widely known prior to the Democratic Convention. Then, Democrats still have a chance to jump ship from Clinton to Sanders, or even to someone else like Joe Biden. Personally, I think picking someone who hasn't even been in the primaries like Biden would be a terrible idea, but literally anyone would be miles better than Clinton. There's no Biden Foundation or Sanders Foundation that is a conflict of interest can of worms like the Clinton Foundation. What Clinton has done with that foundation plus her email scandal is unprecedented. If the FBI does recommend her indictment, I think it would be absolutely crazy to continue with her nomination.

Related Topic(s): Email; Hillary Clinton Foreign Policy; Hillary Server; Interviews; Lawsuits; Secretary Of State Hillary Clinton, Add Tags
Add to My Group(s)
Go To Commenting
The views expressed herein are the sole responsibility of the author and do not necessarily reflect those of this website or its editors.

STAY IN THE KNOW
If you've enjoyed this, sign up for our daily or weekly newsletter to get lots of great progressive content.
Series: "Hillary Clinton"