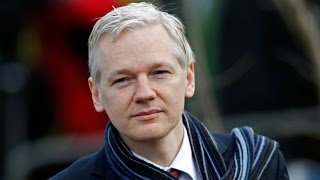 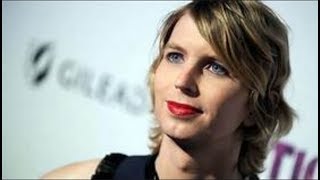 Everyone who is aware of the US government's extraordinary criminal actions at home and abroad bears a heavy weight. The millions of peoples murdered, maimed, orphaned, widowed, and displaced by gratuitous American military aggression comprise a Holocaust of deaths based entirely on lies and false accusations in order to advance secret American and Israeli agendas. I suspect that the heavy burden of responsibility for mass murder and destruction committed in our name is the reason most Americans prefer the fake news fed to them about how good and wonderful and exceptional we are and how hard our government works to protect us from the nasty folks elsewhere. This story-line converts the illegal brutal war crimes of the US government against women, children, defenseless citizens, schools, wedding parties, funerals, and farmers in their fields into glorious and brave defenses of our liberty and virtue. If you want the truth watch the video leaked by Manning of US troops enjoying themselves while from the air they machine-gun reporters and innocent civilians walking along a street and follow up by machine-gunning a father and his two young children, babies, who stopped to help the wounded bleeding in the street. The leak of the video that showed the true picture of Washington's wars is the reason Manning was tortured and imprisoned. It is the person who told the truth, not the criminals who committed the murders, who was punished.

I agree that the fake story of America's moral worthiness is much easier to live with than it is to bear the shame of the true story. But in the end the fake story destroys our liberty even more completely than would conquest by a foreign opponent. People are more suspicious of an occupying power than they are of their own government and are less likely to believe foreign occupiers when they lie to them. In contrast, a people's own government can trap them in a false consciousness and keep them there with fake news.

Wherever one looks at the behavior of Americans today, from airline flight attendants to police to national security advisers and secretaries of state, one sees people devoid of moral conscience, integrity, compassion, empathy, and self-control. For unreasonable and petty spite alone, a female airline attendant on a long-delayed Southwest Airline flight called police and had a man to whom she took a dislike arrested and taken off the airplane. All of the passengers protested to the police that the arrested person had done nothing, but the cops didn't listen. They had another victim to abuse. Was the victimization of this person the result of Identity Politics teaching women to hate men?

Recently, a black woman pushed an elderly white male off a bus into the street simply because he interrupted her harangue of other passengers by telling her she should be nicer to people. He died from his injuries. Was this murderous act the product of Identity Politics teaching black Americans to hate white Americans?

Trump's crazed war criminal national security adviser, John Bolton, and the idiot secretary of state, Pompeo, want to cause massive civilian deaths in Iran and Venezuela. Iran is to be overthrown for Israel, and Venezuela for US oil companies. The motives are blatant and obvious, but Bolton and Pompeo are not denounced and forced to resign for their shameful murderous intentions. Yet, if they used the n-word or sexually harassed a woman, they would have to resign. This demonstrates the twisted and sick state of American morality today. Bombing people is acceptable, but words might really hurt them.

Washington's case against Julian Assange is so contrived and so weak, that the corrupt US attorney assigned to frame-up Assange has resorted to persecution of Manning in an effort to coerce false testimony against Assange from Manning. After being tortured and serving seven years in prison for revealing a US war crime, as Manning was required to do under the US military code, Manning was pardoned by President Obama. Now Manning is back in prison for a second time after being pardoned, because Manning will not cooperate in the frame-up of Assange by giving false testimony to a grand jury. Without false testimony, the corrupt US attorney hasn't a case that could get a conviction from even the typical insouciant American jury, normally a collection of gullible people easily manipulated by the prosecutor.

When Manning was imprisoned for 63 days for refusing to tell lies about Assange, Manning spent 28 of those days in solitary confinement. Why?

A week after Manning was released, the corrupt US attorney called Manning again before the grand jury that the corrupt US attorney is using to contrive a case against Assange. Again Manning refused to cooperate in the frame-up, and was again held in contempt and again remanded into federal prison. This time a corrupt US federal district judge, Anthony Trenga, added to Manning's jail time a daily fine of $500 rising to $1,000 daily after 60 days. In other words, the corrupt judge is helping the corrupt US attorney to coerce Manning into cooperating in a frame-up of Assange. Americans need to understand that their judges are not judges. They are operatives of the American police state.

When I characterize the US attorney and judge as corrupt, I don't mean that they are taking money, although that cannot be ruled out. I mean that they are corrupt in the sense that they have abandoned the rule of law and do not see their function as serving justice. The US Constitution and its amendments establish law as a shield of the people against coercive and arbitrary actions of government, but the US attorney and judge are using law as a weapon against individuals whom authorities want revenge. For years we have been witnessing the rule of law being attacked from every level, from the president to the local police. See Roberts and Stratton, The Tyranny of Good Intentions.

No one has protested the open and highly visible effort to force Manning to commit perjury that can be used to build a case against Assange or otherwise be imprisoned for "contempt" and fined into penury. The despicable liberal-progressive-left whores that comprise the US print and TV media and NPR will not protest the injustice. They hate Manning and Assange for having more integrity than all of them together. The conservative talk radio hosts won't protest the attempt to coerce Manning, because they love Trump, Washington's wars, and hate "anti-Americans," which is everyone who dares tell the truth about the US. On conservative talk radio on May 17, I heard one popular host say "I am happy Manning is in prison."

No US senators or representatives and neither the Senate or House judiciary committee sees anything untoward in forcing an American citizen to produce the needed lies for framing up the world's best journalist. Law schools and bar associations are not demanding the corrupt US attorney to be disbarred for violating every precept laid down by US Attorney General, Supreme Court Justice, and Nuremberg prosecutor Robert Jackson. Nor are they demanding the impeachment of the corrupt federal district judge, who perhaps has his eye on appointment to the appeals court for his cooperation in finishing off the First Amendment.

The American people are too insouciant and brainwashed to know what is happening. Regardless, they are as powerless as third world peasants who have a dictator's boot on their necks.

Related Topic(s): America; Chelsea Manning; Government Accountability; Government Regulation Of Sex; Julian Assange; Julian Assange Imprisonment; Sex, Add Tags
Add to My Group(s)
Go To Commenting
The views expressed herein are the sole responsibility of the author and do not necessarily reflect those of this website or its editors.