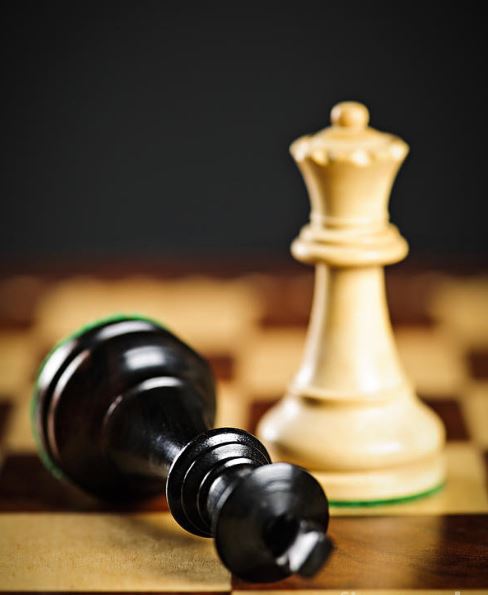 Check and Mate- Next
(Image by George Eliason)   Details   DMCA

For the last few years, a deep state coup against the presidency has been in the media off and on. Starting in 2015 very serious efforts were made to put all the parts in place that guaranteed the 2016 US presidential election's outcome.

This went so far beyond every extraordinary measure that it deserves special attention.

Before your eyes glaze over, this isn't an article discussing theories. Why debate what could have happened when we can trace the route showing how things developed. We will show how this is continuing today through a continuing deep state coup.

The first thing you'll notice is the title is present tense. The cyber terrorists I've written about through the last articles have very definite political goals in mind. That word "political" separates what they do from anything remotely close to 1st Amendment freedom of speech issues. The terrorists work for foreign countries directly or they work for groups working for foreign governments that aren't trying to influence but change the fabric of the US. They're doing a bang-up job so far.

The attacks on society, social groups, and governmental institutions have been for profit. The terrorist groups push political agendas at the expense of republican democracy in the west, eastern and central Europe, the Middle East, and the Far East.

Second, you're going to see even the most successful conspiracies in history including this one are a matter of process. Things actually have to happen for the terrorists to be dangerous. It can't just be ideas. They follow specific directions with their plans to reach goals and milestones.

Third, not all the most brilliant strategies are built on a clean process. Things get messy. When you include new methods, things evolve as you go. People start shooting from the hip or chattering if they are inexperienced. New people are generally clueless about how they should conduct your business.

The case at hand is the business of overthrowing legitimate governments. One of these happens to be your own. The terrorists are in the business of destroying citizen rights and protections. Reducing innocent people into victims like a wolf does its prey.

The coup against the office of the president of the United States started unofficially in 2012. It wasn't meant to, but it did. It was a reaction to something we never thought about. We certainly didn't believe it.

This was long before anyone had issues with Donald Trump who was busy with other things at the time. So, understand the term coup against the presidency means against the executive branch.

Should it succeed, and it still may, the next world war will be one of the invariable consequences. Fascism and its sidekick nationalist chauvinism will become the new norm across the western world. If they win, there may be nothing left to turn the clock back to after this.

If we succeed, the coup against the US government stops. There will be no war with Russia. The war in Donbass stops. Criminals investigations, trials in court, and sentencing of seditionists and traitors can and will happen.

On the day before the 2016 election happened, I wrote an article about the current deep state coup and what some of the ramifications were. In the larger sense, it helps because it shows the coup started when no one knew who would be running in the general election or who would win.

Think about that. The first problem was Bernie Sanders, only afterward it became Donald Trump. The accusation against both was they were Putin's lackeys.

Let's start at the end of the story. In 2019, a deep state coup still continues against the office of the president of the United States. This materialized in the media as an Information Operation (IO) during the 2016 election cycle.