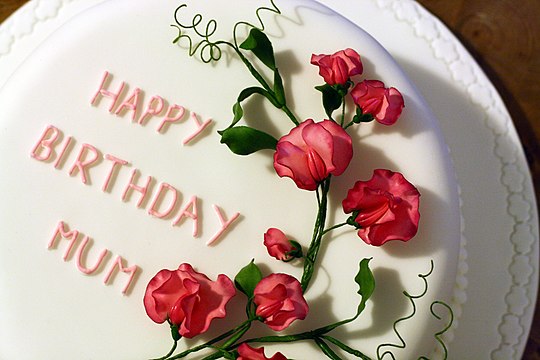 Maybe it was my dreadful 13th birthday that made me so birthday-challenged.

I was a good mom - I threw all the requisite birthday parties for my three kids and have wholeheartedly celebrated with them over the years. But as an undiagnosed introvert, I always had this nameless, nagging feeling: a bit apart, a bit different, a bit on the outside without understanding why. And birthdays seemed to accentuate that distance, the unsurmountable chasm between expectations and reality.

This birthday was a big one. And its proximity to Passover means it has inevitably gotten lost in the shuffle, adding insult to injury.

Enter COVID-19. The microscopic monkey wrench that has single handedly upended life as we know it, not just in our own neighborhoods, but all over the world.

I work in a high school. A few weeks ago, we sent the boarding students home and then ultimately closed. Because of all the hubbub, I didn't have much bandwidth to consider how empty life would feel afterward.

Then, one of the mainstays of my life, the Skokie Public Library, closed. I flipped out. That library is one of my favorite spots on this planet. I literally borrow bags of books at a time - an eclectic selection of hardcovers and paperbacks for home, audiobooks for my car. How would I cope? How would I do without? Panic set in. Then, I recalled the library in my condo building. Would it have any books I wanted? I rushed down ...thankfully, there was lots to choose from. That made me feel a lot better.

Next shock: my supply of toilet paper was down to a roll and a half. The six-pack I had "seen" on top of my fridge turned out to be paper towels - a disadvantage of being vertically challenged. I love food, but oddly I never worried about running out. But the thought of having no toilet paper made me frantic. Apparently, I am not alone. Nationwide, rolls have been flying off the shelves, within minutes of being restocked. After searching at eight or nine stores, I finally found a few packages. Phew!

Then, we received word to "shelter in place." My rebellious streak immediately kicked in. Not helpful.

My claustrophobia started when we used to take turns locking one another in our lockers after school. When it was my turn, the door jammed. I was trapped inside. After a bout of loud but unsuccessful banging and jiggling, my buddies ran to look for the custodian. I was trying very hard not to think that I might not get out at all. That twenty minutes felt endless. The custodian finally showed up and sprang me from my prison.

I tucked the trauma away but after that, I never completely closed drawers and doors - almost, but not quite. I always experienced a momentary jolt of fear that I might be either locked out or locked in.

I hadn't made the connection, but I never slept with the drapes drawn. Ever. It never occurred to me to wonder why until Dr. Campbell, my holistic doctor, probed the cause of my insomnia. He asked how dark I kept my room at night. Little by little, we connected the dots and after some strategic chiropractic adjustments, I was finally comfortable using a room-darkening blind, something that would have been unthinkable even a week before.

Being stuck in my condo without reprieve inevitably triggered old fears of being trapped. I wallowed. I found every excuse to feel sorry for myself. In the eight plus years that I have been on my own, I haven't ever felt lonely, but now, I was back to seeing myself on the outside, looking in. Everyone else had families, no one else was so alone. I was wallowing like a pro, and my Eeyore-mindset was making getting out of my own way almost impossible. 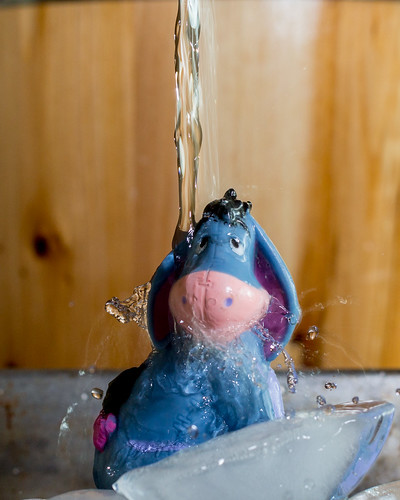 What I felt like. You know. We've all been there.
(Image by UnknownNet Photography)   Details   DMCA

Related Topic(s): Birthday; Community; Connecting; Corona Virus Coronavirus Covid-19; Friends; People, Add Tags
Add to My Group(s)
Go To Commenting
The views expressed herein are the sole responsibility of the author and do not necessarily reflect those of this website or its editors.

Other Series: View All 29 Articles in "health"