It is well-known that for some weeks now President Trump has used the "Star-Spangled Banner" as a verbal battering ram against (mainly African-American) athletes in a variety of (mainly professional) sports. During its playing at the beginning of sporting events, they are using one form or another of non-verbal expression to protest various aspects of U.S. society's treatment of African-Americans and other minorities.

Trump doesn't like protest, when it comes from minorities and their non-minority allies. (Protests from "whites," around such issues as the removal of monuments which in one way or another memorialize the War-to-Preserve-Slavery, are just fine for Trump.) He assumes that the song now named the National Anthem of the United States was a) written for that purpose and b) is intended specifically to honor the U.S. military and the men and women (well, for Trump likely women not-so-much, and oh yes, it is only for straight men and functional men whose sexual identity matches their biology at birth) who serve and have served in it. As for the symbolism of the flag that forms the focus of the Anthem, Trump apparently doesn't see that extending to the putative values of the nation of which he is currently President. But when one looks at the history of the Anthem, one sees something well beyond what Trump's oh-so-limited vision of the United States of America enables him to see. 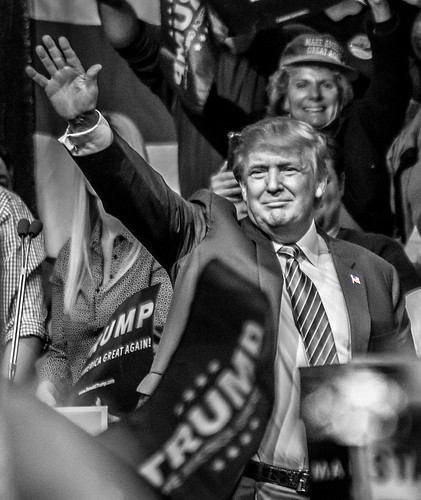 And so, let's take a look at that history and what it means, in both the positive and negatives senses (negative, that is, for those who believe that the U.S. is a pluralistic society and who also believe that chattel slavery provided a blight upon it and its history from which it is yet to recover. (For a summary of the history of the Anthem I am indebted, believe it or not, to an article published in Sports Illustrated on May 29, 2017, by Austin Murphy: "Free Verse." I am indebted to my son, Coach Jacob Jonas, for noting the article and sending it to me.) The song is well-known around the world as the National Anthem of the United States of America. It is also well-known that it was written during the defense of Fort McHenry, at Baltimore Harbor, during the War of 1812. The writer of the lyric was an attorney named Francis Scott Key who was there at the time on a minor diplomatic mission.

What is not so well-known, and certainly not known by the history/knowledge-challenged current President of the United States, are certain other aspects of it and of its history. The tune that some reason or another Key chose to set his lyrics to was an English mid-18th century drinking song that celebrated the exploits of a Greek hedonist named Anacreon. (For sue, Trump wants to make sure that the right-wing Christian element of his base never finds out about that.) Although the tune is rather difficult to sing properly because of its vocal range, it became quite popular throughout the 19th century, as a symbol of the rapidly developing growth of a nation which had fully established its independence from Great Britain following the war in which the battle of Fort McHenry played a significant role. But its place as the "national Anthem" was not established until the great U.S. marching- band leader and march composer of the late 19th-early 20th centuries, John Phillip Sousa, determined to do just that.

The singing of the Anthem at sporting events started during the 1918 Baseball World Series, in Fenway Park, Boston. It did not come into widespread such use until the 1960s. The most famous singer of the song, one John Vincent of Chicago, holds one particular word in it, and a word that appears repeatedly, for as long as he can --- "free," (a fact of which certainly Trump knows nothing). For that it what he, and many others around the nation, hold to be the central value of the song.

But then again, not so fast. For when one gets into the lyrics of the later verses (and there are four of them --- only the first is sung as the "Anthem"), there are mentions with which Trump and the Trumpites might be rather more comfortable. For in the third verse, referring to companies of former slaves fighting on the British side, appear the words "No refuge could save the hireling and slave, From the terror of flight or the gloom of the grave . . ."

And in the fourth verse are the words "Oh! thus be it ever, when freemen shall stand Between their loved home and the war's desolation [!]" clearly referring only to those in the new nation who were indeed free men. So, it is not all about freedom, in a nation that throughout its history down the present has denied what is supposed to be one of its basic values to specific sectors of its population. Which is precisely what Colin Kaepernick and his colleagues are protesting.

Finally, in terms of lesser-known facts about the Anthem, while it is true that it has been played for sporting events for a long time, and at them sometimes associated with the military and war, especially in time of war, the modern association between the Anthem, the National Football League, and very broad military displays was not cemented until 2009 when the Department of Defense started paying the League to link them with the opening ceremonies, which also featured the playing of the Anthem.

BUT. And here we come to the symbolism of what might be called the "Colin Kaepernick Protests." The term "land of the free" (emphasis added, Mr. Trump) appears repeatedly throughout the four verses and the song ends with the words: "And the star-spangled banner in triumph shall wave, O'er the land of the free and the home of the brave." Certainly, it is the idealized U.S. concept of "freedom" (of course, as noted, denied to so many U.S. persons over the course of the nation's existence from its beginnings to its present) that first and foremost the flag stands for, not some concept of military glory and might (as much as Trump might want it to be the latter).

Thus, it would appear that it is Colin Kaepernick and his allies among the players are the ones who are following and expressing the true meaning of the Anthem, to be sure within the limits of Key's understanding of the concept. But then, I don't think that anyone, except those on the variety of Trump-channels appearing on the broadcast and internet media, have often associated the words "Donald J. Trump" with the word "freedom."

Steven Jonas, MD, MPH, MS is a Professor Emeritus of Preventive Medicine at StonyBrookMedicine (NY) and author/co-author/editor/co-editor of over 35 books. In addition to his position on OpEdNews as a "Trusted Author," he is a Senior Editor, (more...)
Related Topic(s): Athletes; Football; Internet; Military; President; Protest; Sports; Wars, Add Tags
Add to My Group(s)
Go To Commenting
The views expressed herein are the sole responsibility of the author and do not necessarily reflect those of this website or its editors.