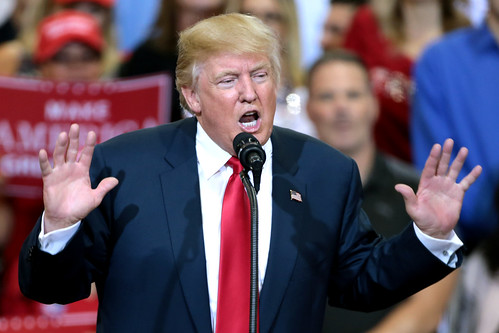 Duluth, Minnesota (OpEdNews) January 5, 2021: As I write, the voters in Georgia who have not already voted in the two Senate run-off elections there will vote today.

As I write, President Donald ("Tweety") Trump continues to menace our country by falsely contesting his electoral defeat - on trumped up charges.

THE TESTIMONY OF WALTER J. ONG

Now, my favorite scholar is the American Jesuit Renaissance specialist and cultural historian Walter J. Ong (1912-2003; Ph.D. in English, Harvard University, 1955). Like all Jesuits, Ong considered himself to be a contemplative in action. Let me explain.

In Western Christianity, the most famous contemplatives were the Benedictines, who lived in Benedictine monasteries. However, the Jesuits were founded by the Renaissance Basque nobleman and soldier and later mystic St. Ignatius Loyola (1491-1556), the author of the Spiritual Exercises of St. Ignatius Loyola. Basically, his idea for the new religious order of men that he founded was that they would undergo a lengthy spiritual and educational and experiential formation, both before and after their ordination to the priesthood. Thereafter, they would renew their spiritual life periodically. But they would not live in monasteries. Rather, they would be active in various kinds of church ministries in the world. In short, they would be contemplatives in action.

For example, after Ong completed his lengthy Jesuit formation and his ordination to the priesthood, he then subsequently completed the remaining parts of his Jesuit formation - after which he subsequently proceeded to undertake his doctoral studies in English at Harvard University. Subsequently, he devoted the following decades of his life, before he formally retired, to what the Jesuits refer to as the intellectual apostolate - teaching, research, lecturing, and publishing. In these various ministries (in Jesuit parlance), he was a contemplative in action. For example, in most of his 400 or so scholarly publications, Ong is characteristically contemplative and irenic in spirit - he is not usually partisan and polemical.

Now, most people do not undertake such an intensive and extensive spiritual formation as Jesuits do. Nevertheless, I have suggested that people should get their intellectual bearings in life as though they were contemplatives in action. See, for example, my article "The West Versus the Rest: Getting Our Cultural Bearings from Walter J. Ong" in the journal Explorations in Media Ecology, volume 7, number 4 (2008): pages 271-281.

Now, among other things, Ong published the contemplative 1981 book Fighting for Life: Contest, Consciousness, and Sexuality (Cornell University Press), the published version of his 1979 Messenger Lectures at Cornell University. In it, Ong highlights what he refers to as agonistic behavior (Greek agon means struggle or contest).

Ong also explores certain related psychodynamics in his 1967 book The Presence of the Word: Some Prolegomena for Cultural and Religious History (Yale University Press), the expanded version of his 1964 Terry Lectures at Yale University.

In my estimate, even though Ong does not happen to advert to it in his 1981 book (or in his 1967 book), the psychodynamism of contesting behavior is based in the part of the human soul (or psyche) that Plato and Aristotle refer to as thumos (or thymos). For Aristotle, the cardinal virtue of courage is necessary to cultivate the proper tuning of the thumos (or thymos) part of the human soul (or psyche). Aristotle defines the cardinal virtue of courage as the mean between the extremes of over-doing the courage thing (brashness) and under-doing it (cowardice).

Now, in the final analysis, the biological base of the psychodynamism of contesting behavior is the part of the human brain that triggers the fight-flight-freeze response - the part of the brain that Paul D. MacLean refers to as the reptilian brain.

Related Topic(s): Anger; Aristotle; Contest; Courage; Jesuits; Loyola; Plato; Religion; Shame; Spirit; (more...) Spirituality; Spirituality; Trump, Add Tags  (less...)
Add to My Group(s)
Go To Commenting
The views expressed herein are the sole responsibility of the author and do not necessarily reflect those of this website or its editors.