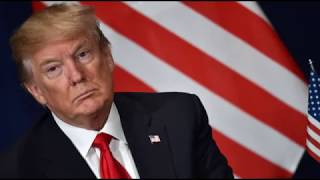 CREDO is attempting to protect the orchestrated conspiracy of Russiagate, which is directed at President Trump and American democracy, from the evidence uncovered by the House Intelligence Committee. CREDO, which claims to be a social change network of over five million activists, is sponsoring a petition to have House Speaker Paul Ryan remove House Intelligence Committee Chairman Devin Nunes from the chairmanship on the sole basis of CREDO's false accusation that Nunes is "compromised." This desperate attempt by CREDO to protect a treasonous conspiracy shows the utter and total corruption of the progressive movement in America.

Here is the message I received from CREDO's Josh Nelson:

"The independence of Rep. Devin Nunes as chair of the House Intelligence Committee is compromised. You must immediately remove him from the Committee, and help ensure an independent and transparent investigation of all credible allegations concerning the relationship between Donald Trump and the Russian government."

"The petition can be found here.

"This morning, CREDO started sending a 600+ word email to part of its email community making the case that Nunes is subverting the committee's work in order to protect Donald Trump. Please let me know if you have any questions or would like a copy of the full email sent to CREDO members this morning.

The purpose of the Second Dossier is to prevent the first one from being de-legitimized by the release of the summary report of the House Intelligence Committees' investigation, which found that Russiagate is a conspiracy against President Trump and American democracy by the FBI, Obama Justice (sic) Department, Hillary-controlled Democratic National Committee, and the presstitute media.

As I wrote would be the case, by announcing their possession of the evidence but not releasing the evidence, the Republicans gave their formidable opponents plenty of time to discredit the evidence in advance of its release. The Republicans should have released the report simultaneously with the announcement and President Trump should simultaneously have had the conspirators arrested, indicted, and placed on trial.

The presstitutes can easily shout down the House Intelligence Committee and be backed up by the Democrats on the committee. The presstitutes can portray what they call the "Nunes memo" in any fashion they wish. The FBI, DOJ, and CIA and various Clinton operatives can have their media whores publish endless denunciations of the evidence. Indeed, the presstitutes already are, as I have pointed out and as Stephen Lendman points out again.

MSNBC presstitute John Heilemann put into the public's mind that the Chairman of the House Intelligence Committee is a Russian agent. Presstitute Heilemann suggested on TV that "we actually have a Russian agent running the House Intel Committee on the Republican side." The presstitute Heilemann sent on to say: "I'm not the first person who's raised this. He's behaving like someone who's been compromised, and there are people in the intelligence community and others with great expertise in this area who look at him and say, 'That guy's been compromised.'"

Even the UK newspaper The Guardian, once a voice for the working class but now a PR agent for the police state, publicized the fabricated and unsubstantiated Second Dossier known to have been prepared by a Clinton operative.

The print and TV media are utterly corrupt throughout the Western world and are accustomed to successfully defeating truth with lies. By sitting on the evidence while those guilty discredit it, Republicans played into the hands of the Russiagate conspirators.

Related Topic(s): Evidence; Memo; Presstitutes; Republican; Second Dossier, Add Tags
Add to My Group(s)
Go To Commenting
The views expressed herein are the sole responsibility of the author and do not necessarily reflect those of this website or its editors.