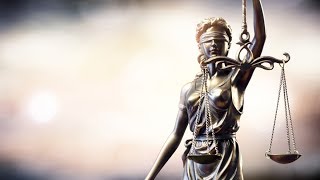 Democracies depend on what's known as the "rule of law." It's based on three fundamental principles. Trump is violating every one of them.

The first is that no person is above the law, not even a president. Which means a president cannot stop an investigation into his alleged illegal acts.

Yet in recent weeks Trump fired Attorney General Jeff Sessions, who at least had possessed enough integrity to recuse himself from special counsel Robert Mueller's investigation into Trump's possible collusion with Russia in the 2016 election, and replaced him with an inexperienced loyalist hack, Matthew G. Whitaker -- whose only distinction to date has been loud and public condemnation of the investigation. As a conservative legal commentator on CNN, Whitaker even suggested that a clever attorney general could secretly starve the investigation of funds.

The second principle of the rule of law is a president cannot prosecute political opponents or critics. Decisions about whom to prosecute for alleged criminal wrongdoing must be made by prosecutors who are independent of politics.

Yet Trump has repeatedly pushed the Justice Department to bring charges against Hillary Clinton, his 2016 rival, for using a private email server when she was Secretary of State, in alleged violation of the Presidential Records Act.

During his campaign, Trump led crowds in chanting "lock her up," called Clinton "crooked Hillary," and threatened to prosecute her if he was elected president.

After taking office, according to the New York Times, Trump told White House counsel Donald McGahn he wanted the Justice Department to prosecute Clinton. McGahn responded that Trump didn't have the authority to do so, and such action might even lead to impeachment.

Yet Trump has continued to press Justice Department officials -- including Whitaker, when he served as Sessions's chief of staff -- about the status of Clinton-related investigations.

Never mind that Trump's senior adviser and daughter, Ivanka Trump sent hundreds of messages on her private email server to government employees and aides that detailed government business, policies, and proposals. Or that other Trump officials have used their private email to conduct official business as well.

Breaking the rule of law doesn't require consistency. It requires only a thirst for power at whatever cost.

The third principle of the rule of law is that a president must be respectful of the independence of the judiciary.

Yet Trump has done the opposite, openly ridiculing judges who disagree with him in order to fuel public distrust of them -- as he did when he called the judge who issued the first federal ruling against his travel ban a "so-called" judge.

Last week Trump referred derisively to the judge who put a hold on Trump's plan for refusing to consider asylum applications an "Obama judge," and railed against the entire ninth circuit. "You go the 9th Circuit and it's a disgrace," he said. He also issued a subtle threat: "It's not going to happen like this anymore."

Related Topic(s): Investigation; Justice; Rule Of Law, Add Tags
Add to My Group(s)
Go To Commenting
The views expressed herein are the sole responsibility of the author and do not necessarily reflect those of this website or its editors.