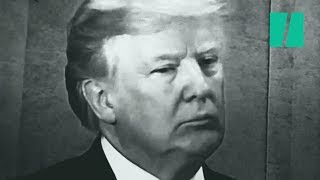 We may never know for sure whether Donald Trump colluded with Vladimir Putin to obtain Russia's help in the 2016 election, in return for, say, Trump's help in weakening NATO and not interfering against Russian aggression in Ukraine.

Trump and his propaganda machine at Fox News have repeatedly conjured up a "witch hunt" and maintained a drumbeat of "no collusion," which already has mired Robert Mueller's report in a fog of alt-interpretation and epistemological confusion.

What's "collusion?" What's illegal? Has Trump obstructed justice? Has he been vindicated? What did Mueller conclude, exactly? What did he mean?

The real danger is that as attention inevitably turns to the 2020 campaign, controversy over the report will obscure the far more basic issues of Trump's competence and character.

An American president is not just the chief executive of the United States, and the office he (eventually she) holds is not just a bully pulpit to advance policy ideas. He is also a moral leader, and the office is a moral pulpit invested with meaning about the common good.

A president's most fundamental responsibility is to protect our system of government. Trump has weakened that system.

As George Washington's biographer, Douglas Southall Freeman, explained, the first president believed he had been entrusted with something of immense intrinsic worth, and that his duty was to uphold it for its own sake and over the long term. He led by moral example.

Few of our subsequent presidents have come close to the example Washington set, but none to date has been as far from that standard as Trump.

In the 2016 presidential campaign, when accused of failing to pay his income taxes, Trump responded, "that makes me smart." His comment conveyed a message to millions of Americans: that paying taxes in full is not an obligation of citizenship.

Trump boasted about giving money to politicians so they would do whatever he wanted. "When they call, I give. And you know what, when I need something from them two years later, three years later, I call them. They are there for me."

In other words, it's perfectly OK for business leaders to pay off politicians, regardless of the effect on our democracy.

Trump sent another message by refusing to reveal his tax returns during the campaign or even when he took office, or to put his businesses into a blind trust to avoid conflicts of interest, and by his overt willingness to make money off his presidency by having foreign diplomats stay at his Washington hotel, and promoting his various golf clubs.

These were not just ethical lapses. They directly undermined the common good by reducing the public's trust in the office of the president.

A president's most fundamental responsibility is to uphold and protect our system of government. Trump has weakened that system.

Related Topic(s): Collusion; Reality; Scandals; Trump Broken Promises; Trump Ego; Trump Mental State; Trump Presidency, Add Tags
Add to My Group(s)
Go To Commenting
The views expressed herein are the sole responsibility of the author and do not necessarily reflect those of this website or its editors.