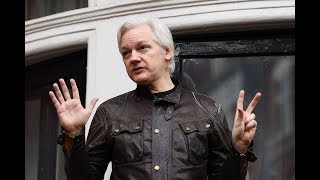 The Western world never ceases to speak of its "democratic values." In Western political theory, the way democracy works is by free speech and a free press. By speaking out, citizens and media keep the government accountable.

This liberal tradition means that there are no words or terms that cannot be used because some designated "victim group" can claim to feel offended. The inroads into free speech made by political correctness, now institutionalized in universities and the public school system, in the presstitute media, in American corporations such as Google, and in the enculturated habits of Americans, demonstrate a decline in the status of free speech. Governments have also made inroads, with the "war on terror" becoming a justification for warrantless spying, mass surveillance, and a clampdown on dissent.

The free press has declined even more dramatically than free speech. The NY Times of the Pentagon Papers disappeared during George W. Bush's first term when the newspaper sat on the story that the Bush regime was spying without warrants. The NY Times sat on the story for a year, allowing Bush to be reelected without controversy and allowing the government time to legalize the spying on an ex post facto basis.

Today the media are a propaganda ministry engaged in the demonization of Russia and Trump and justifying the war crimes of Washington and its vassal states.

This is why there is no media uproar over the six-year incarceration of Julian Assange in the Ecuadorian embassy in London.

Wikileaks is a news organization and has not done anything that a free press has not always done. Julian Assange is a citizen of Australia and Ecuador. He is not an American and thus cannot be guilty of treason. Yet Washington is believed to have used a grand jury to concoct such a case against him.

The new president of Ecuador is not the strong and good man that his predecessor was. Under Washington's pressure Moreno is making life in the Ecuadorian embassy as unbearable as possible for Assange in an effort to force him out into British hands. Responding to Washington's pressure, the British government will not honor his asylum, which prevents Assange from being able to leave the embassy.

There is no presence of "democratic values" in this affair. It is a repeat of the Soviet Union's treatment of Cardinal Mindszenty, only it is Washington, not Moscow, who is stamping on the face of freedom.

The Australian government, also in deference to Washington, has done nothing to help Assange. Australia, like every other vassal state, puts Washington's interest ahead of both law and the interest of citizens.

This week there were protests in Australia in support of Assange. However, Western governments are now so far removed from citizens who are today little more than subjects that it is unlikely that anything short of revolution can restore accountability to governments in the West.

"Western democracy" has become an oxymoron. This article by Mike Head shows the disdain that the Western elites have for free speech, freedom of the press, truth, and the rights of citizens.

Related Topic(s): Demonization; Julian Assange; Persecution; Wikileaks, Add Tags
Add to My Group(s)
Go To Commenting
The views expressed herein are the sole responsibility of the author and do not necessarily reflect those of this website or its editors.