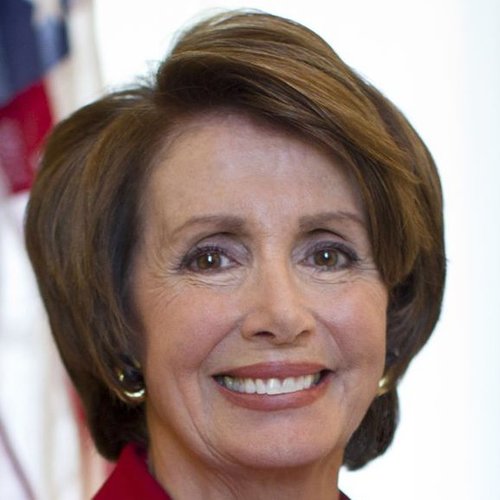 Nancy Pelosi will probably be the next House speaker, a prospect that fills most alert progressives with disquiet, if not dread. But instead of fixating on her as a villain, progressives should recognize the long-standing House Democratic leader as a symptom of a calcified party hierarchy that has worn out its grassroots welcome and is beginning to lose its grip.

Increasingly at odds with the Democratic Party's mobilized base, that grip has held on with gobs of money from centralized, deep-pocket sources -- endlessly reinforcing continual deference to corporate power and an ongoing embrace of massively profitable militarism.

Pelosi has earned a reputation as an excellent manager, and she has certainly managed to keep herself in power atop Democrats in the House. She's a deft expert on how Congress works, but she seems out of touch -- intentionally or not -- with the millions of grassroots progressives who are fed up with her kind of leadership.

Those progressives should not reconcile with Pelosi, any more than they should demonize her. The best course will involve strategic confrontations -- nonviolent, emphatic, civilly disobedient -- mobilizing the power of protest as well as electoral activism within Democratic primaries.

Such well-planned actions as the Nov. 13 "Green New Deal" sit-in at Pelosi's Capitol office serve many valuable purposes. (Along the way, they help undermine the absurd right-wing Fox News trope that portrays her as some kind of leftist.) Insistently advocating for strong progressive programs and calling Pelosi out on her actual positions despite nice-sounding rhetoric can effectively widen the range of public debate. Over time, the process creates more space and momentum for a resurgent left.

There is much to counter at the top of the party. Pelosi still refuses to support single-payer enhanced "Medicare for all." As on many other issues, she -- and others, such as the more corporate-friendly House Democratic Whip Steny Hoyer -- are clinging to timeworn, Wall Street-friendly positions against powerful political winds generated by years of grassroots activism.

Increasingly, such leadership is isolated from the party it claims to lead. Yet the progressive base is having more and more impact. As a Vox headline proclaimed, more than a year ago, "The stunning Democratic shift on single-payer: In 2008, no leading Democratic presidential candidate backed single-payer. In 2020, all of them might." The Medicare for All Caucus now lists 76 House members.

Any progressive should emphatically reject Pelosi's current embrace of a "pay-go" rule that would straitjacket spending for new social programs by requiring offset tax hikes or budget cuts. Her position is even more outrageous in view of her fervent support for astronomical military spending. Like Senate Minority Leader Chuck Schumer (who was just re-elected to his post), Pelosi went out of her way last winter to proclaim avid support for President Trump's major increase in the already-bloated Pentagon budget, boasting: "In our negotiations, congressional Democrats have been fighting for increases in funding for defense."

Whether our concerns involve militarism, social equity, economic justice, civil liberties, climate change or the overarching necessity of a Green New Deal, the Democratic Party must change from the bottom up. That means progressives across the country should run candidates from precinct levels upward and maintain pressure on all elected officials, including the congressional Democrats with progressive records.

Newly elected House members will raise the total membership of the Congressional Progressive Caucus to about 90. A dozen caucus members are in line to chair House committees in the new Congress; another 30 are set to chair subcommittees. The Progressive Caucus is now co-chaired by Raul Grijalva of Arizona and Mark Pocan of Wisconsin, two of the strongest progressive lawmakers on Capitol Hill. The contrasts between their advocacy and the meanderings of the caucus's more tepid members are sometimes striking.

During the Obama years, by deferring to top-tier party leaders, many in the Progressive Caucus showed themselves to be unreliable advocates for progressive causes when push came to shove -- during the 2009 health care debate, for example. Yet the left-leaning tendencies in the caucus can now be strengthened and reinforced -- if constituent pressure is insistent. When necessary, that insistence should include credible threats of launching primary challenges.

While the governing body of the party, the Democratic National Committee, gave ground this year on such matters as internal party democracy (disempowering superdelegates in the process), senior Democrats have retained a firm hold on such powerful mechanisms as the Democratic Congressional Campaign Committee (DCCC). It is emblematic of a larger problem that in the run-up to the 2018 midterm elections, an unrelenting series of DCCC emails to millions of recipients featured appeals from such standard party figures as James Carville, Barack Obama, Hillary Clinton, Joe Biden, Adam Schiff, Madeleine Albright, John Kerry, Harry Reid, Nancy Pelosi and Barbara Boxer -- none of whom supported Bernie Sanders in the 2016 presidential primaries. The emails reflect how lopsided and corporate the power structures of the DCCC and top-ranking Democrats in Congress remain.

This year, many progressive individuals and organizations have moved beyond the false choice of either building movements or seriously trying to win elections. We can and must do both -- simultaneously, not sequentially -- to the benefit of both parallel tasks. The Republican Party's loss of the House was largely due to decisions by substantial numbers of people on the left to engage with the electoral process as never before.

Moving forward, we need to strengthen social movements, as well as electoral capacities, so we can end Republican rule and replace it with genuinely progressive governance.

Related Topic(s): Congress; DCCC; Democrats; Health Care Universal - Single Payer; Pelosi-Nancy; Progressives, Add Tags
Add to My Group(s)
Go To Commenting
The views expressed herein are the sole responsibility of the author and do not necessarily reflect those of this website or its editors.