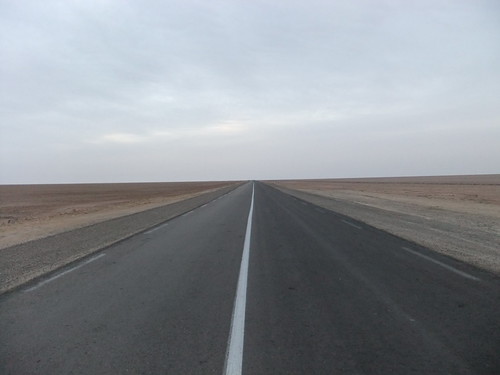 The trap was set at least twenty-five years ago and the mice jumped at the smell of the cheese. I am referring to the introduction of the computer as a mass necessity and the Internet that followed. I was slow to enter the trap, "forced" finally in 2007 by the college where I was teaching. Up to that point I was just a member of The Lead Pencil Club, whose motto was "a speed bump on the information superhighway" and whose membership list numbered twenty-three and a half people worldwide. When I slowly and reluctantly reached for the cheese, the trap snapped not on my neck to finish me, but on my head that was half in and half out. The out part kept thinking. What follows are that half-head's musings on why I didn't follow my intuition, the whole damn sorry situation we are all in, and what we might do to spring the trap and run free. I don't like this trapped feeling. And, by the way, the cheese was American, which is not exactly real cheese.

In 1960 the sociologist C. Wright Mills said that there was far too much information for people to assimilate and make sense of and that lucid summations were needed. He was echoing Thoreau who in 1854 said, "If you are acquainted with the principle, what do you care for a myriad instances and applications?" Mills said people needed to develop what he called the sociological imagination that would allow them to condense and simplify news and to connect personal and social matters within historical and structural contexts.

That was the long-lost era of newspapers, long-form paper magazines, the reading of books, and minimal television stations. To think that there was far too much information then can only make one laugh, now that the digital revolution has buried us in data, information, and "breaking news" at warp speed, usually contradictory and lacking context. The internet has literally made people crazy, created schizoid or split personalities who don't know whether they are coming or going or what world they are in, physical or virtual. This is the era of social schizophrenia. It is also the era of Covid-19 lockdowns when a far greater online life is promoted as the necessary future.

If people once felt that all the information was too confusing and they were ending up thinking and doing things ass-backwards as a result, back then they might have understood it if you told them that the only way you can do anything is ass-backwards. Today, many would probably greet you with a look of bewilderment as they googled it to see if there was a way to swivel their asses to the front to get adjusted to the way they feel while waiting online for clear directions to emerge. Which way does an ass go?

They will be waiting for a long, long time.

The Internet is a double-bind because we are damned if we do and damned if we don't. News, writing, and information of all sorts is now often not available any other way. The era of paper newspapers is coming to an end. This was meant to be. Other sources of fact and fiction have gradually been eliminated, while the content on the Internet has been dramatically increased and progressively censored. The dream of an open Internet is turning into a nightmare. If you look at the Internet's creation and development by the U.S. military-intelligence-Silicon Valley network as a tool for social control, propaganda, and total spying, if you grasp this nexus and their intentions, you will come away realizing that the Internet and the total integrated digital world is a dystopian tool designed to make you crazy. To sow confusion and endless contradictory information from minute to minute. To "flood the zone" (see Event 201) with propaganda and disinformation. To give you a headache, keep you agitated, destroy your genuine human experience in the physical world. To put you into a state of frenetic passivity while whispering in your ear that there is no escape, while allowing elements of truth to emerge to keep you addicted.

This is the double-bind. It is what Jacques Ellul in 1964 called the technological society that is ruled by technique in every aspect of its life. Technique is a way of thinking that emphasizes efficiency; it is a way of thinking that emphasizes order and standardized means to a predetermined end. It is rational, deliberate, and focused on results. It is a way of thinking that has penetrated deep into the psychic structures of society and opposes spontaneity and unreflective action. Machines grow out of technical thinking, and today the computer, the internet, and artificial intelligence are the ideal manifestations of such thinking. They are the result, not the cause. As such, digital technology satisfies the technical mindsets that have been created over the decades, which includes regular people who have been gradually softened up to believe these machine dreams. Efficiency, results, practicality, and speed. The human body as a wonderful machine.

We have all been so conditioned, even those of us old enough to have lived before the computer era. Starting particularly in the early 1990s with the rat-a-tat electronic frenzy of the U.S. televised aggressive war against Iraq, euphemistically called the Gulf War and presented live with round-the-clock television coverage by ghoulish announcers more excited than 13-year-old boys with a porn magazine, the speed of everyday life has increased. If you lived through those years and were sensitive to the social drift, you could feel the pace of life pick up year-to-year, as everyone was induced to get in the fast lane. On the information superhighway, it is the only lane. Paul Virilio, a French thinker, has focused on this issue of speed in his studies of dromology, from dromos: a race, running. While his language is perhaps too academic, his insights are profound, as with the following point:

"The speed of the new optoelectronic and electroacoustic milieu becomes the final void (the void of the quick), a vacuum that no longer depends on the interval between places or things and so on the world's extension, but on the interface of an instantaneous transmission of remote appearances, on a geographic and geometric retention in which all volume, all relief vanishes."

This is the world of teleconferencing and the online life, existence shorn of physical space and time and people. A world where shaking hands is a dissident act. A haunted world of specters, words, and images that can appear and disappear in a nanosecond. A magic show. A place where, in the words of Charles Manson, you can "get the fear," where fear is king. A locus where, as we sit at home "sheltering in place," we are no longer there. Ernest Hemingway sniffed the future when in The Sun Also Rises, he has the protagonist Jake Barnes say no to Robert Cohn, who wants him to travel to South America with him, with these words: "All countries look like the moving pictures." That was 1926.

Things have changed a wee bit since then. But the essence of propaganda and social control remains the same. "All those people who seek to control the behavior of large numbers of other people work on the experiences of those other people," wrote R.D. Laing, in The Politics of Experience. "Once people can be induced to experience a situation in a similar way, they can be expected to behave in similar ways." Mystification takes place when people can be convinced that a social construction - e.g. the Internet and the digital life - is part of "the natural order of things," like the air we breathe. And that life online is real life, better and more real than physical existence.

I believe the digital revolution has gone a long way toward destroying our experience as persons. It is the endless magical mystery tour that goes nowhere. It is the ultimate psychodrama conjured by a satanic magician.

Do I exaggerate? Perhaps. But how else explain the spell this medium has cast on billions of people worldwide? Did the human race suddenly get smart? Or are many more people crazy?

Obviously, there are pluses to the Internet, just as there are pluses to almost everything. I don't deny that. The plus side of death is that the thought of it reminds you that you are alive. The plus side of television is you don't have to turn it on. Like you, I could rattle off many good things about the Internet (not cell phones, sorry). But on the scale of good and bad, where do you come down? Where do I?

Related Topic(s): Addictive; Digital; Illusion; Internet; Magic; Online; Propaganda; Schizophrenia; Thinking, Add Tags
Add to My Group(s)
Go To Commenting
The views expressed herein are the sole responsibility of the author and do not necessarily reflect those of this website or its editors.